Having come out with a review of overdraft practices and fees generated by major banks, credit unions and financial institutions in 2013, The Consumer Financial Protection Bureau is ramping up its rhetoric on the apparent fleecing of consumers through excessive fees. 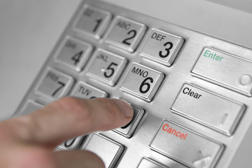 Little wonder, when one looks at the overdraft fees charged by Vystar Credit Union and the policies that it openly maintains. To that end, while a host of banks, financial institutions and credit unions have been the target of Credit Union Excessive Overdraft Fee Lawsuits over attempts to hide excessive charges from consumers, Vystar appears to openly post fees, overdraft processes and protocols so there is little confusion about the allegedly unfair fees Vystar is charging.

For example, it has been reported that Vystar charges its credit union members $32 for every overdraft charge. That appears to be higher than the national average (reported as $29 per overdraft in 2007).

Vystar also appears to be upfront with the possibility that it may not process transactions in the exact order in which they were made.

This has long been the bane of consumers, who manage their accounts and track their debits and withdrawals in such a way as to avoid overdrafts. However, as many an Excessive Overdraft Fees Lawsuit has maintained, changing the order of transactions at the option of the bank can result in increased overdraft fees, benefiting the bank or credit union unnecessarily, and unfairly.

An example of this penchant to re-order transactions can be illustrated thus:

A credit union member maintains a balance of $50 in his account, and then proceeds to incur three transactions of $10, $15 and $45. Considering the account balance and the order of the transactions, the consumer would expect to face an overdraft charge for the third debit of $45, the amount that would formally and correctly put the account into arrears.

More CREDIT UNION EXCECESSIVE OVERDRAFT FEES News
However, re-ordering the transactions by putting the largest transaction first, the shift in order puts the account into overdraft with the second transaction, rather than the third. With the ability to charge an overdraft fee for each overdraft, Vystar would earn $64 in fees from the account holder, rather than $32.

Vystar appears not to shy away from letting its members know that this could be the case.

Could a Credit Union Lawsuit stem from excessive overdraft fees charged by an entity not mandated to operate with profits as a primary focus?

If you or a loved one have suffered losses in this case, please click the link below and your complaint will be sent to a consumer banking lawyer who may evaluate your Credit Union Excecessive Overdraft Fees claim at no cost or obligation.
Request Legal Help Now