Of interest to anyone thinking of bringing a Credit Union Overdraft Fees lawsuit are potential changes to existing arbitration agreements that would allow for the possibility and potential of a class action. 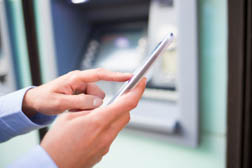 Back in May, the Consumer Financial Protection Bureau (CFPB) issued a proposal with regard to arbitration rules. All too often, according to the CFPB, clients signing up for a bank or credit union account would, by default, have to agree to arbitration as the sole means for settling disputes beyond an individual Excessive Overdraft Fees Lawsuit - which plaintiffs are often loath to undertake alone due to the potential time and costs associated with litigating a relatively small dispute.

Class actions are more cost-effective, as there is strength in numbers; a class action can represent and include literally thousands of similarly situated plaintiffs. However, the vast majority of arbitration agreements have clauses that prevent participation in a class action.

Under the CFPB proposal, an intensive document running no fewer than 377 pages, participation in a class action will no longer be struck down as an option in the majority of arbitration agreements.

The proposal has been hailed as a potential victory for consumers and litigants, and a major setback for credit unions, banks, credit card companies and other firms in the financial sector.

“Many banks and financial companies avoid accountability by putting arbitration clauses in their contracts that block groups of their customers from suing them,” said Richard Cordray, the director of the CFPB, in a press release. “Signing up for a credit card or opening a bank account can often mean signing away your right to take the company to court if things go wrong.”

The CFPB proposal would still afford credit unions and banks the option of arbitration as a means by which to resolve disputes, such as excessive credit union overdraft fees. However, the arbitration process would no longer be mandatory, leaving consumers with the right to join a class-action Credit Union lawsuit if they so choose. Clauses in arbitration agreements would be required to state, explicitly, that a consumer cannot be barred from participation in a class action.

“Under the status quo, arbitration agreements obstruct effective enforcement of the law through class proceedings,” the proposal states. “This harms consumers in two ways: it makes consumers both more likely to be subject to potentially illegal conduct because of underinvestment in compliance activities and deliberate risk-taking by companies and makes consumers less likely to be able to obtain meaningful relief when violations do occur.”

The proposal would impose increased compliance costs, “including the costs of forgoing potentially profitable (but also potentially illegal) business practices that may increase class action exposure, and in the increased costs to litigation class actions themselves, including, in some cases, providing relief to a class,” the CFPB says.

Excessive overdraft fees have long been the bane of consumers. They know that overdrafts are a fact of life in the age of the debit card, and that a fee for an overdraft is warranted in most cases. However, consumers and any plaintiff bringing a Credit Union Excessive Overdraft Fees lawsuit have been pushing back against a tendency for banks and credit unions to re-order transactions to favor the financial institution. By re-ordering transactions outside of consumer expectation, it’s possible for a bank or credit union to charge additional fees above what is actually warranted, based on the dates and actual sequences of debits.

Forbes (6/11/13) provided an example of how excessive credit union and bank overdraft fees can occur: a student having $50 in an account makes three consecutive purchases for $10 each. That leaves a balance of $20. Now, the student needs to purchase a book for an evening lecture later that day and makes the decision to buy the book he needs anyway, putting his account into an overdraft status. He will be charged a one-time fee of $35 for the overdraft.

He assumes the transactions will be posted in the order in which they were made.

In actual fact, the credit union begins with the larger transaction against the $50 balance - the book costing $40. That takes the account down to $10.

More CREDIT UNION EXCECESSIVE OVERDRAFT FEES News
Now come the three $10 transactions - even though they were actually made prior to the purchase of the book. As posted in such fashion, the first debit takes the account down to zero. No problem there.

The second debit takes the account to minus $10, which triggers a $35 overdraft fee.

And now comes the third debit, which takes the account down to minus $20. That, according to the credit union, is a subsequent overdraft, which is charged an additional $35 overdraft fee.

Suddenly the student is facing overdraft fees of $70, rather than $35 - twice as much.

Little wonder that consumers take to the courts with an Excessive Overdraft Fees Lawsuit in tow. If the proposed CFPB platform becomes law, that litigation may one day include a class-action Credit Union Lawsuit, while maintaining the basic tenets of an arbitration agreement no longer barring potential litigants from a class action.

Posted by
Jasmine Chappelle
on August 2, 2016
I was given false information on oops and they wrongly flagged me for fraud (navy fed)