California real estate transactions are supposed to be above-board, within the law and held fast by a wide swath of regulations and guidelines designed to ensure that both buyer and seller are duly protected and also held accountable to those guidelines for the benefit of all concerned. 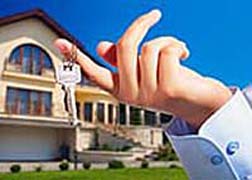 But sometimes it doesn’t quite work out that way. Illegal real estate fees are often charged to unwitting buyers without their knowledge and consent.

These fees, sometimes called junk fees, can actually be legitimate fees - but the amounts are often inflated in order to benefit the vendor of the property or the entity undertaking the service.

Beyond that, there can be all kinds of illicit and unsavory activity that wind up costing a prospective buyer in terms of fees, as well as opportunity.

The illegal activity was investigated by the Federal Bureau of Investigation (FBI) and the US Department of Justice (DOJ).

According to a statement issued by US Official News (3/8/13), no fewer than 29 individuals have either already pled guilty or have agreed to plead guilty in various illicit antitrust undertakings. The latest felony charges against Peter McDonough of Pleasanton, California, and Michael Renquist of Livermore, California were filed March 8 in US District Court for the Northern District of California.

According to court documents, McDonough and Renquist conspired with others to avoid bidding against one another in deference to designating a winning bidder to obtain selected properties at public real estate foreclosure auctions in Alameda County, California.

“McDonough and Renquist,” the statement read, “were also charged with a conspiracy to use the mail to carry out a scheme to fraudulently acquire title to selected Alameda County properties sold at public auctions, to make and receive payoffs, and to divert money to co-conspirators that would have gone to mortgage holders and others by holding second, private auctions open only to members of the conspiracy.”

According to the justice department, the selected properties were then awarded to the conspirators who submitted the highest bids in the second, private auctions. The private auctions, it was reported, often took place at or near the courthouse steps where the public auctions were held.

The DOJ reported that the illegal California real estate transactions are alleged to have occurred between November 2008 and January 2011.

Meanwhile, in an unrelated matter, a resident of Huntington Harbor who launched a real estate fee lawsuit against the state of California over a so-called “air tax,” continues to fight the fee.

As reported by the Orange County Register (1/10/13), plaintiff Frank Singer installed a cantilevered deck at the front of his home. Given that the deck protrudes over the waterway, the State Lands Commission attempted to collect a $680 fee for his structure, holding that the deck hangs over the state-regulated waterway.

“You are being charged rent for the use of state land because your deck extends over your property line and onto state owned property,” the letter is reported as reading.

Click to learn more about LawyersandSettlements.com
LawyersandSettlements.com is an online news and information site for the general public and legal community. As a legal news resource, we have emerged as an independent & trusted voice. We provide detailed and quality information on various lawsuits filed including Financial Cases, Consumer Frauds, and Real Estate Cases.