Yet another CPAP lawsuit against Philips alleges the toxic foam used in its System One BiPAP device causes cancer. Joseph Martin’s kidney cancer, and the company knew about the problem with its 15 million DreamStation devices, CPAP, BiPAP and mechanical ventilators since at least 2015, at least two years before Martin was diagnosed with kidney cancer. And like countless sleep machine users, Martin didn’t make the connection to cancer until the recall. 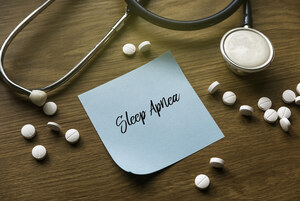 Martin, along with millions of others diagnosed with sleep apnea (a condition where a person can stop breathing while sleeping), was prescribed and purchased a Philips device. (The machines have been sold since 2009.) Since Philips recalled its sleep machines in June 2021, its CPAP, BiPAP and ventilator machines were the most popular and the most often prescribed sleep aid device. According to his lawsuit, filed in the U.S. District Court for the Western District of Pennsylvania on December 29, Martin had used the System One BiPAP device since May 2014. He was diagnosed with kidney cancer in November 2017.

The lawsuit states that in June 2021 Philips issued a Clinical Information for Physicians report, which disclosed that lab analysis of the degraded foam reveals the presence of potentially harmful chemicals including: -Toluene Diamine -Toluene Diisocyanate -Diethylene glycol and Volatile Organic Compounds—which are emitted as gases from the foam and “may have short- and long-term adverse health effects. Standard testing identified two compounds of concern that may be emitted from the foam and that are outside of safety threshold are Dimethyl Diazine -Phenol, 2,6-bis (1,1-dimethylethyl)-4-(1-methylpropyl).”

Philips hasn’t gone so far as to admit its recalled machines are linked to cancer, but it has stated that the devices could cause “serious injury which can be life-threatening or cause permanent impairment”.


With the breaking-down, or degrading, of the abatement foam come small particles and gasses that the sleep apnea patients ingest or inhale while using the CPAP. The chemicals in these gasses and other matter include isocyanates: Researchers have linked isocyanates to cancer in animals. And Toluene diisocyanate (TDI), is “reasonably anticipated to be a human carcinogen”. Further, research has found that chemicals inhaled or ingested from the foam can cause your liver and kidneys to fail and exposes users to cancer risk in many parts of the body, including the kidneys.


The FDA designated the Philips CPAP recall as a Class 1, meaning a “reasonable probability that the use of or exposure to a violative product will cause serious adverse health consequences or death.” Philips in September 2021 announced that it would replace or repair its recalled sleep machines but it may take a year to do so. However, only two months later, the agency issued a recall update: the new foam being placed in replacement machines may also pose a safety risk. The FDA’s inspection report also revealed that Philips knew as far back as 2015 that PE-PUR foam in its breathing machines could degrade.

But the FDA advises users to continue to use your recalled device if you and your health care provider decide the benefits outweigh the risks. Surely the risk of cancer outweighs sleep apnea, which the FDA mentions. Potential health risks of particulate exposure inhaling or swallowing pieces of foam include:

More CPAP LUNG CANCER News
Below is a complete list of the Philips Respironics machines that are impacted, according to the FDA