The incoming director of the new Consumer Financial Protection Bureau (CFPB) appears to have his work cut out for him, in view of the explosion of Internet payday loan sites and rising incidents of debt collector harassment. 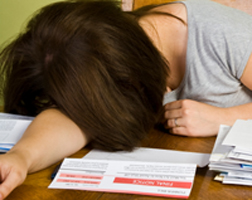 The latter is a growing byproduct of the practice increasingly undertaken by collection agencies of selling off debts for pennies on the dollar to other agencies. With each transaction, information gets watered down to the point where innocent consumers are harassed over debts no longer owed or have never been held in the first place.

It often leads to a debt collector lawsuit.

Richard Cordray, in comments published in The Washington Post (9/12/13), noted that he wants to update the Fair Debt Collection Practices Act (FDCPA) that’s been on the books since 1977 but without provision for rules to be written under it, and that the Act has failed to keep pace with the times.

“[The Act] is now 35 years old,” Cordray says, “and there is room for us to update the act to take account of various court decisions, changes in the industry, changes among the consumer public to improve coverage so people are protected and treated fairly. That’s an important area for us and an area where we’ve already had some activity moving toward rulemaking.”

Cordray also wants to scrutinize the purveyors of bill collector harassment. “We’ve done some enforcement actions involving debt collection, and there will be more. We’ve put out a bulletin on first-party debt collectors, making clear that they’re also covered under existing law. And we’re starting to provide some tools for consumers to use, such as the template letters they can use to try and avoid undue harassment and abuse from debt collectors.”

Jeremy Walton knows all about debt collector harassment. The resident of Lexington, Nebraska, grew weary of being hounded by bill collectors, so he filed not one debt collector lawsuit - but several - collecting thousands of dollars as settlement for his harassment and erasing a substantial amount of his own debt all at the same time.

If he could catch them in the act of committing an offence under the FDCPA, so much the better. It happened often enough, Walton said in comments published in the Omaha World-Herald (8/20/13). “I learned pretty quickly what they can and cannot do,” Walton said. “For example, if they imply that they are an attorney or that there is pending legal action when there isn’t, or use legal terms like ‘deposition’ when they don’t intend to sue, they basically are toast.”

Attorneys who have guided their clients through a bill collector lawsuit have horror stories that include abusive language, repetitive calls, calls to a debtor’s place of work when the debtor has forbidden it and the revelation of debtor financial information to unrelated parties such as bosses or co-workers.

More BILL COLLECTOR News
Walton told the Omaha World-Herald that one court judgment he won against a debt collector from the East Coast involved what he termed “two guys in an apartment in New Jersey who bought some bad debts.” Walton said the two would “transfer” the calls to different offices, when in fact they were likely just passing the phone across the table to each other. Where they really went wrong, said Walton, was referring to themselves as the “Legal Director” and “Legal Assistant” of the so-called firm. Such references are not allowed under the Act.

Such bill collector harassment can serve as the foundation for a debt collector lawsuit. Many such lawsuits continue to be launched. According to the Omaha World-Herald, a bill collector lawsuit against a collection agency based at Grand Island over alleged illegal wording in a debt collection letter is seeking class-action status. And a 2011 lawsuit was granted class-action status this year.

That debt collector lawsuit could include almost 30,000 people.

Click to learn more about LawyersandSettlements.com
LawyersandSettlements.com - A trusted, independent legal news provider bringing quality news and information on all legal cases and lawsuits filed in United States of America to its readers since 2002. Over 250,000 legal help requests including Media/Telecom Cases, and Civil & Human Rights Cases have been forwarded to lawyers all across to the country.