When Richard Cordray took over the reins of the Consumer Financial Protection Bureau (CFPB), he pledged changes that would help mitigate the kind of debt collector harassment far too many innocent consumers encounter. According to The Jacksonville Free Press (9/18/14), those forthcoming changes are rooted in new initiatives announced by the CFPB that would see the organization assume greater federal oversight of debt collection agencies that often prey upon Americans needlessly. 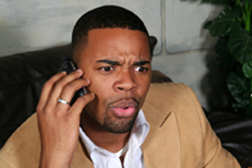 Various examples of bill collector harassment include but are not limited to threats, intimidation and calls made to family, friends, and even employers. Federal regulations expressly prohibit such behavior. Part of the problem - and the reason why the CFPB is seeking greater oversight into non-bank collection agencies - is the practice of shopping debt portfolios and files amongst various players in the industry. The problem is that information tagged to that file, including the identity, address and other necessary particulars of the outstanding debt, is lost or watered down.

This has resulted in harassment to Americans who either never owed the debt in the first place or had long since paid it off. This has often fostered many a debt collector lawsuit.

Beyond that, however - and an equal concern of Cordray and the CFPB - is the appearance of racial prejudice observed by some debt collectors when attempting to collect debts from African Americans.

The advocacy group New Yorkers for Responsible Lending notes that in spite of the incorrect information and the debt collector harassment that ensued, the debt buyers were successful in securing default judgments against the woman in all three lawsuits.

More BILL COLLECTOR News
In another example of bill collector harassment, an African American man from Texas was allegedly sent racially charged messages by an agency attempting to recover a debt. Plaintiff Allen Jones launched a bill collector lawsuit, and in 2010, succeeded in securing a judgment against the debt buyer in the amount of $1.5 million.

The CFPB sought and is securing the capacity to oversee debt buyers and collection agencies in similar fashion to the oversight observed for the traditional banking industry. That’s important to alleged victims of debt collector harassment given that 63 percent of debt collection in the US is undertaken by some 175 private firms that are not part of the traditional banking industry.

“Our proposed rule would mean that those debt collectors and credit reporting agencies that qualify as larger participants are subject to the same supervision process that we apply to the banks,” Cordray said, in debt collector harassment comments appearing in The Jacksonville Free Press.

Posted by
Marshall T. Boulware
on October 30, 2014
Student loans collectors and hospital call me 24/7. What can I do. Thanks Marshall