They’re known as the DriveTime Automotive Group Inc. (DriveTime) and undertake business as the largest so-called “buy-here, pay-here” automotive dealer in the US. DriveTime has also been accused of debt collector harassment, to the point where they agreed to an $8 million settlement in November of last year to settle charges of violating the Fair Debt Collection Practices Act (FDCPA). The Consumer Financial Protection Bureau (CFPB) brought the charges. 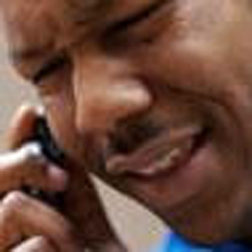 Bill collectors have long been the bane of consumers who have to delay payment through no fault of their own, or actually are victims of information and data that becomes watered down when files and portfolios are horse-traded amongst the various debt collection agencies.

There have been numerous instances where consumers have been subjected to bill collector harassment for accounts that have long since been paid in full or are not even owed at all.

DriveTime got into trouble with the feds for improper collection practices. Amongst the findings of an investigation was a lack of adequate written policy guiding bill collectors along the path to a legal, fair and equitable debt collection process. Guidelines for collectors, it has been reported, amounted to only 1.5 pages and lacked any guidance and decorum for handling disputes with consumers who balked at having to pay or balked at the debt collector harassment. The woefully inadequate policy had not been updated for three years.

DriveTime was also accused of reporting inaccurate current balance information on charged-off accounts, timings of repossessions and the dates of a first delinquency. It was noted that DriveTime handled up to 22,000 disputes each year, and yet there were only two employees assigned to the task.

DriveTime was also accused of calling debtors at their places of employment, even after receiving do-not-call requests. Calls to third-party references were reportedly continued even after the third parties asked for the calls to stop.

DriveTime was also found to have repeatedly called numbers obtained from third-party vendors - numbers that were not necessarily associated with the debtor. The end result is that innocent strangers were in the line of fire for bill collector harassment, while having nothing to do with either the debt file or the individual(s) involved.

More BILL COLLECTOR News
As part of the settlement, DriveTime agreed to revamp all of its policies toward ultimate compliance with FDCPA guidelines, and to be subject to ongoing scrutiny and supervision by the CFPB for a period of five years.

Debt collection has evolved into an industry that relies heavily on bullying tactics and ignorance of specific guidelines aimed at curbing bill collector harassment. Calls are not to be made to a debtor’s workplace, collection notices need to be in blind envelopes and a debt collector is required to stop calling if requested to do so in writing by the debtor.

Many collectors not only ignore such requests, but continue debt collector harassment behavior based on information and data that is inaccurate.

Little wonder that many consumers initiate a debt collector lawsuit in an effort to make the abuse stop, and to achieve some form of compensation for the harassment to which they are subjected.

Posted by
Michelle M Marshall
on June 11, 2019
I have $100 left to pay off my lease to own car with drive time. I got the car in illinois, have had it over 3 yrs, and had to do a lot of personal work on this car just to sign a new lease 2 yrs ago when I moved back to florida, for them to tack on another $5000 on this car just for moving. I have paid around $13,000 already on it. I need serious help because I refuse to pay the other $5000 they secretly tacked on without my consent
Posted by
Vincent Brooks
on December 11, 2016
Bridgecrest/Dri. Closed acct.$1983.00.

This account should be removed from all three credit bureau's.

Reason I lost my job in Jan 2010 and was not able to fine work until Dec 2012. Due to this fact i became limited in what i could pay on the account. They harassed and threated me daily after i lost my job and could not pay on time.

I volunteeringly gave the car up for repo which took them about 90 days to come get it after i constantly beg them over the phone to come get it for several weeks.

I paid well over the value of the car and if it were not for Bridgecrest's interest rates being so astronomically high the car would have been paid for long before the volunteer repo.