A group of veterans have filed a motion to allow hearing loss lawsuits to move forward. They want the stay on all 3M earplug lawsuits lifted, arguing that 3M is responsible for design flaws because they used the company’s earplugs after it acquired Aearo Technologies – which initially developed the Combat Arms Earplugs version 2 (CAEv2) -- in 2008, and before 3M placed its Aearo subsidiary into bankruptcy. 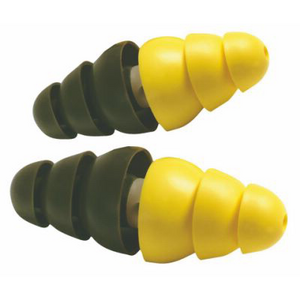 Earlier this year, 3M Company tried to shift all liability for the earplugs back to its Aearo subsidiary, and then it placed Aearo into bankruptcy protection, despite U.S. District Judge Casey Rodgers in the Northern District of Florida ordering both parties to engage in settlement negotiations, reported About Lawsuits in June. Interestingly, 3M chose not to argue that it cannot be independently liable for the earplugs developed by Aearo in any of the 16 previous bellwether trials, 10 of which 3M lost. After juries awarded millions of dollars in damages, 3M announced in July that it had placed Aearo into bankruptcy and that it will establish a $1 billion settlement fund. However, that amount was immediately rejected by veterans and their attorneys as not nearly enough compensation to resolve the litigation. (New claims are still being filed against 3M and some experts predict that, if every individual case goes before a jury, the company may be on the hook for tens of billions in damages.)

In August, Reuters reported that bankruptcy judge Jeffrey J. Graham in Indianapolis ruled that the bankruptcy of a subsidiary did not stop lawsuits against the non-bankrupt parent company.

The plaintiffs in October filed a motion to have their cases move forward while an appeals court is determining whether 3M is independently responsible for the faulty Combat Arms Earplugs. And in a motion filed November 23, plaintiffs in 13 cases – all of whom received their earplugs from 3M after 2008 --  asked Judge Rodgers to lift the stay preventing their Wave 1 cases from moving forward. Four days after the motion was filed, Judge Rogers ordered 3M to file its response to the plaintiffs’ motion by December 5. 2022.

More 3M DEFECTIVE EARPLUGS News
Over 230,000 U.S. military veterans have filed product liability lawsuits claiming the earplugs caused hearing loss and/or tinnitus. All service members were issued the defective earplugs, which 3M sold to the government from 2004 through 2015. The cases, which were consolidated in multidistrict litigation in Florida, reached a peak of more than 290,000 last year and now account for nearly one-third of all cases pending in all federal courts, reported Reuters. As well, according to a recent report by Reuters news, the judge presiding over the litigation is preparing to “flood” U.S. District Courts with the claims ready for trial if the parties are unable to reach a settlement.
READ ABOUT 3M DEFECTIVE EARPLUGS LAWSUITS