Another lawsuit has been filed against 3M, claiming the combat earplug manufacturer knew its dangerous design defect caused a diagnosis of hearing loss and/or tinnitus.

A former member of the U.S. Navy SEABEES adds one more lawsuit to hundreds of others filed by veterans nationwide against 3M Corporation, claiming that the company falsified testing documents and knowingly manufactured and distributed 3M combat arms defective earplugs to the U.S. Military. 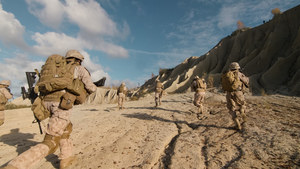 In this most recent combat earplug lawsuit, Steven Mayo says that during his two tours in Iraq and two tours in Afghanistan he was “continuously exposed to loud noises and explosions". Mayo joined the U.S. Navy in 2003 and worked in construction, reaching the rank of builders’ second class. According to court documents, he was honorably discharged in 2014.

Like hundreds of other 3M combat earplugs lawsuits, Mayo claims he is suffering from tinnitus, a constant ringing in the ears, and permanent hearing loss because the ear plugs didn’t properly function. Other complaints say the earplug seal wasn’t tight enough, thereby not blocking dangerous levels of sound. Wearers complained of discomfort, pain, loss of balance and ringing in the ears as well as tinnitus.

In the lawsuit, 3M says its Combat Arms earplugs could be worn in an open or unblocked position with the yellow end inserted which would reduce loud sounds like gunfire and explosions yet allow servicemen to hear quieter sounds such as commands and approaching enemy combatants. They could also be worn in a closed or blocked position with the green end, which would reduce all sounds and operate as normal earplugs. It didn’t include a "dangerous design defect" that caused them to loosen in wearers' ears – no matter how they were worn.

More 3M DEFECTIVE EARPLUGS News
If you served in the army from 2003 to 2015 and you have been injured from 3M combat earplugs, attorneys advise that you file a claim now because cases can take several years to settle. If your hearing has changed, a doctor must diagnose you with hearing loss or tinnitus – it’s not enough to say that your hearing is worse than it used to be. Attorneys want you to know that they are filing cases against 3M, NOT the military. Some veterans are only just discovering that they have hearing loss due to these faulty earplugs because the defect wasn’t known at the time to the wearer and the design defect was undetected by the military until a decade later.

“It is thus not surprising that hearing damage is now the largest ongoing medical cost the military incurs each year," the lawsuit says. "The VA thus spends more than $1 billion per year to treat hearing damage suffered by more than 800,000 servicemen."

Posted by
Brian Walker
on September 17, 2019
Well, this is really unfortunate. This is the reason why I only use custom earplugs by Big Ear. I can at least sue them directly if ever...but I doubt that would ever happen because they're pretty good.