As of January 2020, approximately 1,000 defective earplug lawsuits, filed by over 2,000 U.S. veterans were transferred to the MDL court in Florida. All plaintiffs claim that 3M, the manufacturer, knew the earplugs worn by vets during combat in Iraq or Afghanistan or while training on U.S. military bases would result in hearing loss and/or tinnitus. 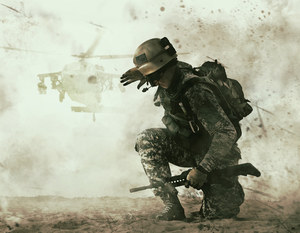 3M Earplug Lawsuits
As of December 16, 2019, there were 139,693 people who had registered their existing or future claims in the federal multidistrict litigation (MDL), according to a pretrial order issued on January 21 and reported by the Daily Hornet. Attorneys say new 3M earplug lawsuits are being filed almost daily against the Minnesota-based company, and Army, National Guard and Navy veterans nationwide are demanding jury trials and compensation.

Bloomberg Law reports that over 5,700 hearing-loss claims against 3M will remain in consolidated federal litigation in Florida. According to Bloomberg, “Most of the suits in the consolidated litigation brought by current and former service members allege tinnitus or hearing loss.” Judge M. Casey Rodgers of the U.S. District Court for the Northern District of Florida said that 3M and Aearo Technologies LLC presented a plausible government contractor defense and she denied the plaintiffs’ request to send the cases back to state court in Minnesota, where 3M is based.

The first 3M defective earplugs lawsuit was filed six months after 3M agreed in July 2018 to settle a False Claims Act lawsuit that alleged the dual-ended Combat Arms Earplugs it supplied to the military between 2003 and 2015 were defective and caused many service members to suffer hearing loss. 3M paid military branches $9.1 million to settle government allegations. The company did not admit guilt in the settlement.

Over 150 lawsuits were filed last year in U.S. District Court in Minneapolis. Many of the cases, including those from Minneapolis, are being consolidated in the Northern District Court of Florida as a "multidistrict litigation," or MDL. Under the MDL process, the judge will hear one "bellwether" case that then could determine how most others would proceed.


3M denies allegations and is set to defend itself in court. Because 3M and Aearo Technologies (the company that 3M acquired in 2008) designed its "dual-ended Combat Arms earplugs with the help of the U.S. military and according to its specifications” and its design “reflected the direction and feedback of individuals acting on the military's behalf”, 3M argues that it cannot be held liable, according to court documents.

More 3M DEFECTIVE EARPLUGS News
3M continued in a statement (and reported by the Star Tribune): “3M has great respect for the brave men and women who protect us around the world, and their safety is our priority…We deny this product was defectively designed and caused injuries, and we will vigorously defend ourselves against such allegations.”

But many of the lawsuits refer to Aearo documents that claim 3M knew the earplugs didn’t fit. Veterans complained their earplugs would slip and/or weren’t long enough to fully protect them from loud noises.

The initial lawsuit against 3M came six months after the company, in December 2018, agreed to pay military branches $9.1 million to settle government allegations that it supplied defective earplugs. The company did not admit guilt in the settlement.

As of Jan. 21, more than 1,000 cases transferred to the MDL court in Florida, according to federal court records filed Tuesday.