Zantac (ranitidine hydrochloride) is being investigated after 150 Zantac tablets were found to contain a carcinogenic chemical up to 3,000 times greater than the FDA’s daily intake limit. The chemical found in the popular heartburn drug is N-nitrosodimethylamine (“NDMA”). Numerous studies have shown a link between the NDMA in Zantac and cancer. Evidence increasingly also indicates that Sanofi and Boehringer Ingelheim, the big pharma companies that make Zantac (ranitidine hydrochloride), concealed the Zantac cancer link.

Send your ZANTAC HEARTBURN MEDICATION claim to a lawyer who will review your claim at NO COST or obligation.
GET LEGAL HELP NOW

Zantac Suspension, Recall and the FDA

While the FDA has not gone so far as to recall the heartburn medication, it has found “unacceptable levels” of N-nitrosodimethylamine (NDMA) in samples of drugs containing ranitidine in its testing, according to Reuters (Oct 2, 2019). 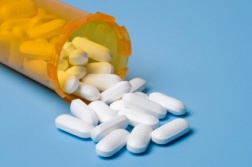 Two weeks before the above FDA announcement, U.S. and European regulators said they are reviewing the safety of ranitidine. Walmart said it is halting sales of Equate and Member's Mark brands of ranitidine. CVS suspended sales of Zantac and CVS Health store brand ranitidine on Sept. 28. (A suspension is not a recall: customers have not been told to stop using them; rather, they can return the medication at a later date for a refund.)

After learning of the FDA investigation, Apotex Corp. is recalling Ranitidine Tablets 75mg and 150mg at the retail level where it was distributed nationwide to Warehousing Chains. (Apotex, a Canadian pharmaceutical corporation, is the largest producer of generic drugs in Canada.)

The FDA on October 2 asked ranitidine makers to conduct their own testing to assess levels of the impurity and to send to the agency samples of their products for testing. The FDA will then assess oral ranitidine medicines and says it is currently testing samples of other heartburn treatments such as proton-pump inhibitors as part of the investigation.

The agency is, however, investigating Zantac cancer risks after receiving the first alarm on September 9, 2019 from online pharmacy Valisure, which requested the FDA to recall and suspend sales of ranitidine from the US market. The FDA "has established a permissible daily intake limit for the probable human carcinogen, NDMA, of 96 ng. Valisure has detected NDMA in excess of 3,000,000 ng per tablet when analyzing ranitidine products, likely due to an inherent instability of the ranitidine molecule,” wrote Valisure Chief Scientific Officers. Valisure further requests in the letter that the FDA:
“promulgate regulations requiring robust independent chemical testing and verification of medications. In the interim, while these regulations are pending, FDA should issue formal guidance recommending such testing and verification. This is necessary in order to serve public health and help protect Americans from adulterated and poor quality drug products, an issue of growing concern. Grounds for this request are also rooted in strong support from the medical community, as evidenced by a recent resolution from the American College of Cardiology (“ACC”), calling for the American Medical Association to advocate for legislation requiring independent testing and verification of the chemical content of batches of pharmaceuticals.”

The FDA checked the over-the-counter drug using a low-heat method of testing, and said it found much lower levels of the NDMA than was discovered with a higher temperature test used by Valisure.  The agency further said that Valisure’s method, which Valisure had used for testing ARBs (some blood pressure medicines from a class of drugs known as angiotensin II receptor blockers), was not suitable for ranitidine.

“An analysis Valisure conducted in conditions similar to the human stomach generated over 300,000 nanograms of NDMA, significantly above acceptable levels set by the FDA, David Light, Valisure’s chief executive told Reuters, and this shows that even if the pills are not contaminated, the drug is likely to form the impurity in patients’ stomachs after it is ingested.

Valisure indicates that a copy of the Zantac recall petition has also been sent to the World Health Organization (WHO) and International Agency for Research on Cancer (IARC), as a nomination for ranitidine to be classified as a human carcinogen.

Zantac (ranitidine hydrochloride) is an over-the-counter (OTC) medication that has been used for decades by millions of people worldwide to help treat heartburn. The FDA approved Glaxo Holdings in 1983 to market Zanatac as a short-term treatment of a common form of ulcers. By 1988 it became the world’s best selling drug, topping $1 billion in annual sales. By 1997 Glaxo’s patent for ranitidine expired in the U.S. and generic alternatives were launched. Sanofi SA currently sells Zantac in the U.S.

It is also used for acid reflux, gastroesophageal reflux disease (GERD), sour stomach, Barrett’s esophagus, gastric and duodenal ulcers, and other issues. Ranitidine Hydrochloride Tablet is an OTC oral product indicated for the relief of heartburn associated with acid indigestion and sour stomach brought on by eating or drinking certain foods and beverages.

The carcinogenic chemical present in Zantac is known as N-nitrosodimethylamine (“NDMA”). It is produced as a by-product of several industrial processes and found at very low levels in certain foods, especially those cooked, smoked, or cured. NDMA is toxic to the liver and other organs and is a probable human carcinogen.

NDMA is the same contaminant found recently in many brands of blood pressure and heart failure medicines, leading to recalls. For instance, European and American regulators recalled blood pressure drug valsartan made by China’s Zhejiang Huahai Pharmaceuticals after finding NDMA in samples of the drug.

Regulators have since found the carcinogenic impurities in a wide number of the drugs in the same class, called angiotensin II receptor blockers, or ARBs. The potentially cancer-causing impurities may have been introduced by recent changes in the manufacturing process for the drugs, and recalls of some ARBS led to shortages of the medications, including valsartan -- the generic of Novartis’ Diovan. Novartis in September stopped global distribution of its ranitidine drugs. And Canada has requested drugmakers to stop selling and distributing ranitidine.

Did Manufacturers Hide the Cancer Link?

The EPA considers NDMA a probable carcinogen, stating that animal studies have found that prolonged exposure led to tumors in the liver, lungs, and elsewhere.  And a study published in Carcinogenisis (2016) show that people who take ranitidine have high levels of NDMA in their urine, suggesting that it is created in the body.

Attorneys are now investigating Zantac cancer claims and a number of Zantac lawsuits are being filed against Sanofi and Boehringer Ingelheim for their reckless disregard for human health and putting profit over harm.

Valisure tested eight other popular alternatives to Zantac, including Tagamet, Pepcid, Prilosec, Nexium, Prevacid, Protonix, AcipHex and Dexilant. No detectable levels of NDMA were found in those medications.

If you or a loved one has suffered similar damages or injuries, please fill in our form and your complaint will be sent to a lawyer who may evaluate your claim at no cost or obligation.
Please click here for a free evaluation of your ZANTAC HEARTBURN MEDICATION claim
Last updated on Oct-31-19

What to Expect in Zantac Cancer Lawsuits for 2021 and Beyond

As 2020 draws to a close, the toll of death and injury from Zantac-related cancers continues to rise, as do the number of Zantac cancer lawsuits. Meanwhile, In Re: Zantac (Ranitidine) Products Liability Litigation, the multidistrict litigation into which many of the individual lawsuits have been consolidated, grinds on without much apparent news.READ MORE
Zantac Cancer Lawsuit Accuses Pharmaceutical Giants of Racketeering

In re: Zantac (Ranitidine) Products Liability Litigation, a class action lawsuit filed in the Southern District of Florida, is mammoth – the most exhaustive yet of all complaints consolidated in the multidistrict litigation (MDL). The 1361-page Zantac cancer lawsuit was filed on behalf of 230 plaintiffs, names 54 drug industry defendants and includes 314 counts under the laws of all 50 states, Puerto Rico and the District of Columbia, as well as federal law.READ MORE
New Zantac Lawsuit: Poison Pills Killed Carl Glasper

On July 21, Hiheshia Bell, the widow of Carl Glasper, filed a Zantac cancer lawsuit in Delaware Superior Court alleging that Zantac killed her husband. The lawsuit, which has since been removed to federal district court for the District of Delaware, delves deeply into the scientific evidence that Zantac was toxic.READ MORE

Posted by
Otis S. Bonaparte,Jr
on February 20, 2020
I have a family member who passed away from non-lymphoma cancer. One of the medications that person has taken was Zantac medication. This person passed on October of 2013. There are medical reports to be read!
Posted by
Jason
on February 4, 2020
I was short of breath and couldn't breathe sometimes and my headaches were very bad had to go to the emergency room a couple of times because of the symptoms
Posted by
Candice Colby
on November 24, 2019
I have also been on Ranitadine for 3-4 years, so other medical issues make it hard for me to determine if I've been effected :( Still have bad heartburn and gerd, also some stomach issues and mostly, diarrhea. How long have they known I wonder, time for a class action lawsuit I would say.
Posted by
kristy smith
on November 18, 2019
I've been taken reniden for years and have been prescribe zantac. I've had trouble with my stomach stomach pain that hurt like crazy. After hearing about renadine I think it could be the cause. I've went to the docter hurten in my stomach I thought I was dien. Now I'm really scared. I've been hurten to the point I nearly double over or be sitten there an scream n pain
Posted by
Nadia oudeh
on November 16, 2019
I had a heart attack in 2014 and have been taking rentatidine since and still
Take it. I have had nothing but stomach problems and circulation issues since but my doctor told me that I MIST keep taking the medication. What can I do
Posted by
Billy G Davis
on November 11, 2019
I AM 62 YEARS OLD AND DOCTORS HAVE PRESCRIBED RANITIDINE, OR ZANTAC, OVER AND OVER TO ME. I NOW HAVE CHRONIC HEART PROBLEMS,HAVE DEVELOPED NUMEROUS STOMACH PROBLEM SUCH AS CHRONIC DIVERTERCULOSIS CIRCULATION PROBLEMS, HAVE HAD THREE TIA's, GERD AND HEARTBURN SYMPTOMS WORSENED AND HAVE HAD TO BEEN HOSPITALIZED ON NUMEROUS OCCASIONS BECAUSE OF THE MEDICATION. ALSO DEVELOPED A BLEEEDING ULCER BECUSE OF THE MEDICATIONS NON- EFFECTIVENESS AND ITS INGREDIENTS CONTAINING CARSONEGIC MATERIALS !!! HAVE HAD TO HAVE SURGICAL PROCEDURES PERFORMED AND AM HAVING TO TAKE OTHER EFFECTIVE MEDICATIONS DAILY BECAUSE OF THE DAMMAGE DONE BY THE ZANTAC ( RANITIDINE ) MEDICATION !!!
Posted by
Catina L Sherman
on November 3, 2019
I have been taking this drug for acid reflux for over a year and I am pissed to learn there was no warning mine was prescribed go me by my PCP , I have a mass on my jaw that I am getting checked because my pcp doesnt know what it is, weither j have cancer or not It still is inexcusable not to warn people.
Posted by
giorgio stulov
on November 3, 2019
hi i was taking zantac for over 6 months before i got sick and my heart rate went too high which i had to be shocked with paddles and hospitalized for a week..im positively sure Zantac put caused all my health problems-which i am now no longer taking it -
can you let me know what my rights are -if i can be part of this lawsuit..
thank you kindly
George Stulov
Newmarket
Ontario
Canada

Posted by
Matt Spence
on October 27, 2019
I would like to know whats next, I have taking Ranitidine for about twenty years.