Wells Fargo Bank and other financial institutions have faced allegations that they used deceptive practices in charging customers excessive overdraft fees. Federal rules that took effect in 2010 no longer allow banks and credit unions to charge overdraft fees on ATM or debit card transactions unless the bank customer agrees to "opt-in" to overdraft protection. However, banks and credit unions are still allowed to charge when checks or certain recurring electronic payments overdraw an account, even when the customer didn't opt-in to overdraft protection.

Send your Wells Fargo Excessive Bank Overdraft Fees claim to a lawyer who will review your claim at NO COST or obligation.
GET LEGAL HELP NOW 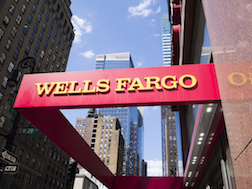 Attorneys have filed lawsuits, including a class action, against Wells Fargo, alleging excessive overdraft fees. Wells Fargo & Company, headquartered in San Francisco, California, is a financial services company with $1.9 trillion in assets. At the end of its third quarter in 2016, Wells Fargo ranked third in assets among US Banks.

A class action lawsuit Veronica Gutierrez et al v. Wells Fargo Bank NA, Case No. C 07-05923 WHA, US District Court, Northern District of California was filed in Nov. 2007, claiming that Wells Fargo charged customers "hundreds of millions of dollars in overdraft fees" and allegedly "devised a bookkeeping device to turn what would ordinarily be one overdraft into as many as ten overdrafts, thereby dramatically multiplying the number of fees the bank can extract from a single mistake," according to court documents. In 2010, a federal judge awarded $203 million to Wells Fargo customers for the class period between 2004 and 2008 in that class action. Wells Fargo appealed the award but in 2016 the US Supreme Court declined to hear the Wells Fargo appeal, effectively holding up the $203 million award.

In a separate settlement with federal regulators in Sept. 2016, Wells Fargo agreed to pay $185 million in fines and penalties after the bank's employees created and opened unauthorized accounts in order to increase the bank's fees revenue.

According to a Dec. 2016 consumer protection report published by the US Public Interest Research Group (US PIRG), reported overdraft and non-sufficient fund (NSF) revenue per bank account is on the rise.

Out of more than 600 banks studied in the report, 10 of those banks accounted for a huge percentage (67 percent) of all reported bank revenue collected through the first three quarters of 2016.

The 10 banks that collected the most overdraft revenue through the first three quarters of 2016, in order, were: Chase Bank, Wells Fargo, Bank of America, TD Bank, US Bank, PNC Bank, Suntrust Bank, Regions Bank, Branch Banking and Trust, and Woodforest National Bank.

"These banks collected an average of $98 in overdraft revenue per non-retirement deposit account, more than five times the national average. Five of the ten banks would have seen a net income loss in the first three quarters of 2016 without overdraft revenue," according to the report.

Wells Fargo ranked number two in the top ten banks in the report, collecting $1,316 million, an average of $15.91 per account in overdraft and NSF revenue fees through the third quarter of 2016.

According to the report, Wells Fargo is the "most-complained-about-bank" in 15 states when it comes to "issues caused by my account being low." Wells Fargo also collected 10 percent more overdraft fee revenue in the first three quarters of 2016 than the same period in 2015, experiencing faster overdraft fee growth than any other Top 10 banks.

If you or a loved one has suffered similar damages or injuries, please fill in our form and your complaint will be sent to a lawyer who may evaluate your claim at no cost or obligation.
Please click here for a free evaluation of your Wells Fargo Excessive Bank Overdraft Fees claim
Last updated on Sep-2-20

Chicago, IL MB Financial dinged Rhonda Boone for a truly jaw-dropping $6,000 in bank overdraft fees between 2015 and 2017. That was 18 percent of her total income for those years. On March 12, 2018 she filed a lawsuit in the Northern District of Illinois seeking class action status on behalf of herself and other similarly situated checking and money market account customers. The fact that these are state law claims suggests that the future direction of consumer financial protection lies in the class action lawsuits to enforce state, rather than federal, law.READ MORE
Wells Fargo Now Favors Arbitration in Long-Running Overdraft Fees Lawsuit

Atlanta, GA: The defendant in an excessive bank overdraft fees lawsuit petitioned an appeals court back in August to compel more than a million Wells Fargo account holders allegedly hit with excessive bank fees to individually pursue a remedy through arbitration, rather than through the courts.READ MORE
Wells Fargo’s Pursuit of Arbitration a Waste of Resources: Plaintiffs

Posted by
Christyrita Banate
on February 3, 2020
Wells Fargo charged me excessive overdraft fees. If my account had $150 in it on Friday and there was a pending transactions for $100 and $60, I would be charged $35 twice for overdraft fees though there was enough to cover first amount. I should be charged one overdraft fee, not two. Also their online bank statements are not accurate on the weekends. So very misleading with your balance amount. Please feel free to contact me with any questions or concerns. Thank you.
Posted by
Gwendolyn Ward
on November 19, 2019
I think the practice is still being executed. I turned off activity on my card, which is a feature banks have for consumers in the event card is lost and/or stolen. Wells Fargo indicated that this feature can still provide activity even though card has been turn off to activity???
Posted by
Paula Dominguez
on July 25, 2019
Since I’ve had WellsFargo I’ve hated to bank with them.. They charge you for everything unless you are very wealthy. They are constantly changing me an overdraft fee of $12.00 to transfer money from my savings to my checking account which I find ridiculous and fraudulent. If they were the ones replacing the money I would agree with the fee however they are not.
Posted by
Cary
on March 6, 2018
Wow! I had no idea about the class action suit on Woodforest. Since I've been a customer I have paid over $1,000 in fees. I no longer have my statement since it was online and I do not have access to them. So how can I get my historical copy of statement fromt he bank. It is too late.
Posted by
Hector Lopez
on September 14, 2017
Been a WF customer for many years but never had a problem with overdraft fees until I opened a second checking account. Tried getting their overdraft fee protection but they said that my account wasn't eligible. Never really gave me a reason why.

Posted by
D.vernon
on August 31, 2017
Excessive fees and limited withdrawal amounts ,funds missing and I had accounts not authorized
Posted by
Ian Terrince
on August 16, 2017
Hello; I am a current Well Fargo customer, though not for long. When I first opened the account, the person used my First and Middle names for the account; last year alone, my 2 year with Wells Fargo, I was charged over $1000 in overdraft fees due to reordering. There was time where my account would be -0.75 after being hit with an overdraft fee, which makes no sense, since I had 34.25 in the account before the supposed "overdraft". I was wondering, since WF has continued to reorder overdrafts while also appealing motions within the cases, wouldn't the eligibility date extend until whenever WF loses the case and has to pay up? And would I be able to also claim? Feel free to contact me if need be
Posted by
Kevin Sligh
on August 7, 2017
With the exception of the fees applied between Dec 2016-Mar 2017, my account was charged an approx. amount $1500 since I chose to have direct deposit at Wells Fargo. My check would arrive in my account on Wednesdays. I would have automatic debit payments scheduled for deduction on Wednesday but when my creditors would attempt to deduct the money, I would be charged an overdraft fee. This would occur after I have verified my balance online which reflected a sufficient balance for all of the transactions starting midnight on said day. How could I get charged on my payday with clearly enough to cover the pending debits? The WF customer representative would explain that the system wasn't set up that way.
Posted by
Karen Hoops
on August 2, 2017
Someone contact me I am a past employee of Wells Fargo and a customer for 17 years in one year I paid $1,100 in overdraft fees I paid thousands please contact me I was also fired for refunding overdraft fees 775 737 1984 I would like to be part of the lawsuit
Posted by
Monifa Wison
on July 3, 2017
I tallied up NSF fees with Wells Fargo, they amounted to $1,000. It seemed that nothing I did to get a grip on the problem,worked. Once fees were added and the account went into the negative, more fees were added if the merchant attempted to re-submit the bill for payment. To make matters worse, when I called Wells Fargo for mercy they attempted to sell me a financial product that would "help" my problem, so they were making money both ways: as the problem and the "solution"
Posted by
Rhonda J Pawnell
on April 30, 2017
Had a Wells Fargo account that I had $4,000 withdrawn and another $1,500 out of an Ira to cover the overdraft and I still was overdrawn $400 I tried to contact a
the attorneys told me that I am not on their list to be refunded. That was a workers comp check from being injured from work.
Posted by
josh gibson
on March 23, 2017
I own a small business and and was recently enraged when i found out ive been charge almost $10,000 in overdraft fees since i opened my wells fargo account 5 years ago. The nature of my business membership revenue always makes me susceptible to being overdrafted at beginning of the month while waiting 5 business days for client sales to process. every once in awhile theyll agree to refund like one $35 charge a year which seems like nothing when ive paid 1-2k that year in fees.