Wells Fargo’s Pursuit of Arbitration a Waste of Resources: Plaintiffs

A long-running class action lawsuit alleging banking giant Wells Fargo charged their clients and consumers excessive overdraft fees is attempting to move forward amidst a petition by the plaintiffs that Wells Fargo is not in any position to seek arbitration, as the defendant has tarried too long for arbitration to be appropriate. 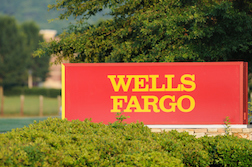 Wells Fargo – as has other big banks in recent years – is being taken to task from clients over its alleged overdraft practices involving re-ordering. When debiting the accounts of clients, the bank is accused of playing fast and loose with the sequence of withdrawals, altering the sequence from the original sequence and order of withdrawals as undertaken by the customer, in an attempt to put the account into an overdraft position for which the bank could charge higher fees.

Thousands of plaintiffs came forward to join a class action lawsuit which has been ongoing since 2009. Wells Fargo, according to court documents, initially elected not to pursue arbitration.

Then came the decision, by the US Supreme Court, in 2011 in the case labelled AT&T Mobility v. Concepcion. That outcome bolstered mandatory arbitration clauses that Wells Fargo found attractive, and the bank attempted to pursue arbitration. However, the Eleventh Circuit rejected the petition by Wells Fargo in 2012.

Wells Fargo tried again in June of 2015 after a 2013 order further blocking arbitration by Miami-based US District Court Judge James Lawrence King was vacated by the Eleventh Circuit. The appellate panel had determined that a district court was not in a position to undertake a ruling as to the enforcement of arbitration against unnamed plaintiffs, without first certifying the class.

In June 2015, class certification was successfully achieved, and Wells Fargo went right to the mark to pursue arbitration – only to be rebuffed again by Judge King in Miami in a ruling handed down in October of last year.

Wells Fargo appealed that ruling to the Eleventh Circuit.

Last month, in advance of oral arguments in the appeal, plaintiffs argued in briefs filed with the Court that Wells Fargo, quite simply, missed their chance at arbitration – holding that the granting of arbitration would be a waste of time and resources for the Court, as well as plaintiffs with lawsuits long consolidated in multidistrict litigation.

“Allowing a litigant to wait and see how a case evolves, neglect case management orders meant to resolve time-consuming threshold issues, elect not to exercise arbitration rights against named plaintiffs who are subject to the same arbitration provision as putative class members, and lie in wait in order to request arbitration against the class as a ‘safety valve’ following class certification, is antithetical to the integrity of judicial processes,” the plaintiff brief said.

“Such gamesmanship interferes with and wastes valued judicial and party resources.”

More WELLS FARGO EXCESSIVE BANK OVERDRAFT FEES News
The Wells Fargo bank overdraft fees class actions were originally filed in both California and Florida, and have since been consolidated in federal district court in Miami (The MDL is In re: Checking Account Overdraft Litigation, Case No. 1:09-md-02036, in the US District Court for the Southern District of Florida). Plaintiffs are upset that their careful diligence and management of accounts in order to avoid overdraft fees was all for naught, when the bank – without notice – arbitrarily chose to alter the order of the transactions to generate additional fees from accounts that would have otherwise not gone into overdraft had the bank not meddled with them, or so it is alleged.

If you or a loved one have suffered losses in this case, please click the link below and your complaint will be sent to a consumer banking lawyer who may evaluate your Wells Fargo Excessive Bank Overdraft Fees claim at no cost or obligation.
Request Legal Help Now

Posted by
Stephanie Shindler
on May 18, 2017
I have several accounts--one with a credit/debit card that I use that has overdraft protection. I then transfer the amount used from one account to that account based on my usage. Many times, and specifically in the last week I have been hit with six OD fees when I transferred over the amount that I was SHOWN was the amount by WF, only to be hit by OD fees the next day for a different amount. I feel like they recalibrate the amount after the transfer, then using up the transferred amount with the OD fees, which causes me to be more overdrawn. So the charges from the next day go into overdraft. It's a never ending cycle.
Posted by
BARBARA CAHILL
on May 1, 2017
My husband and I have been Wells Fargo customers for years, at least since they took over from Wachovia Bank. We are pensioners and live from check to check like everyone else. When the transition was made from Wachovia to Wells Fargo, we opened a checking account and was told at the time that we would benefit from a premier account that consisted of 2 checking and 2 savings. Believe me, we don't have the money to have all these accounts and I told this to the banker and he responded that you can keep $0 in them because you never know when you may want to use them. He did say that one of the savings was a "Way to Save" account, which I didn't understand at the time. We use the premier checking for our direct deposit for our pension checks to pay bills, buy groceries, etc. When you pay bills or buy things, the bank deducts a fee and puts it in the "Way to Save" account. It may be $1, $3, $5. It all depends. Because we live so close to the dollar, we had overdrafts because of this way to save account. The overdraft fee is $35 but added to the bill that weren't paid, the cost added up and we found ourselves making arrangements for a bill that we thought we paid because of a bank overdraft.
Posted by
Jacqueline Foster
on May 1, 2017
Wells Fargo changed the dates of my deposits from a settlement that I received. Then made changes to my account.
Posted by
Eileen Zepeda
on April 30, 2017
I had 2 account with wells fargo. I had a checking and saving accounts. I entitled .
Posted by
Kevin Sligh
on April 30, 2017
I have experienced the same issues from Wells Fargo whereas I would be charge overdraft fees on numerous occasions (way too many to count). I had direct deposit and the bulk of my paycheck would be deposited into a checking account. The problem occurred when on those numerous occasions, I would receive an overdraft charge on the my payday. My account is showing a deposit. The debit from a company also appears on the same day. However, I was charge the overdraft fee which subsequently was raised.
Posted by
Barbara Jackson
on April 30, 2017
I've been with Wells Fargo for a very long time! I'm sure they owe me money!
Posted by
Levius Toussaint
on April 30, 2017
Wells Fargo repossessed my car for no reason I was mas payments arrangement with wellsfargo and then they coming to get my car after they took payment and Wells Fargo open an illegal account in my name plus overdraft my account.
Posted by
Christopher Haynes
on April 30, 2017
I charged me excessive bank fees,
Posted by
Sean Garcia
on April 30, 2017
Long story short....Wells Fargo apparently charges a125$ Fee for any time and ever time a garnishment is made. Now, the issue with this is that upon investigation into my frequent and questionable garnishments where no money was actually taken from my account but I was charged 500$ in fees since it happened 4 times in one year, corporate believes that I was not responsible for the over draft fee. I did not get back my 500$, even though Wells Fargo acknowledged this activity as questionable and deliberately focused on my account, they said there was nothing they could do about the 125$ fees, but they would reverse the overdraft charge. I want my 500 though, if they know it shouldn't have been done why do they get the fee money. No payment was made from my account to the garnishee. So if there is a way for me to get that back that would be fantastic.