Send your Universal Life Insurance claim to a lawyer who will review your claim at NO COST or obligation.
GET LEGAL HELP NOW 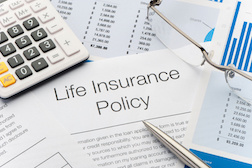 Companies including Transamerica Life Insurance Company, Conseco, AXA Equitable Life Insurance Company, and Voya Financial all face criticisms they have unreasonably increased the rates for their universal life insurance policies. Critics allege the companies are doing so to subsidize the cost of meeting interest guarantees, recover past losses, and make policies more profitable by pushing out policyholders who could not afford the rate increase.

These increased rates could have a hugely detrimental impact on policyholders. Many people reportedly purchased universal life insurance policies decades ago, meaning they may not have the option of finding new life insurance policies. Those who cannot afford to pay the new rates may have more money deducted from the policy's cash value until the cash runs out and the policy lapses.

In February 2016, the Consumer Federation of America sent a letter to all state commissioners requesting an investigation into the increased costs of universal life insurance to ensure the increases are justified and to prohibit unjustified or unfair price increases.

A lawsuit has been filed by Consumer Watchdog against Transamerica Life Insurance Company, alleging the company violated its policyholder agreement by raising premium rates 38 percent in 2015. According to the insurance lawsuit, by increasing the amount it takes from policyholder accounts to cover premiums and other expenses, the insurance company avoids paying the interest rates the company agreed to when the policy was sold.

One of the named couples in the lawsuit—Gordon and Mary Feller—reportedly had their monthly deduction increase from $1,500 to more than $2,000 simply to maintain the same death benefit.

Consumer Watchdog alleges in its complaint that Transamerica sold universal life insurance policies and agreed to credit the interest with a guaranteed rate of no less than 5.5 percent annually but in 2015 suddenly increased deductions from policyholders' accounts by 38 percent. That increase, according to the lawsuit, was to recoup past losses and push out policyholders who could not afford the increase.

If you or a loved one has suffered similar damages or injuries, please click the link below and your complaint will be sent to a lawyer who may evaluate your claim at no cost or obligation.
Please click here for a free evaluation of your Universal Life Insurance claim
Last updated on Sep-15-16 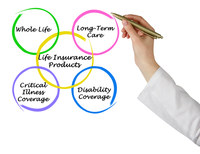 Los Angeles, CA: Rip off is a harsh term, although one plaintiffs embroiled in Life Insurance Rip Off lawsuits use with complete comfort. At the very least, consumers holding universal life insurance policies currently facing massive rate increases are stuck with a classic catch 22 situation, in that policyholders annoyed with rising premiums, or unable to pay them, have few alternatives given their age.READ MORE
READ MORE Consumer Fraud Settlements and Legal News
READ MORE Insurance Settlements and Legal News

Posted by
Richard W Simon
on October 2, 2018
We've been having these same issues with Allstate. I just discovered they have sold these policies to run off companies, who, like Allstate, never respond, stonewall you all in the hopes that the investment side will zero out and then they cancel the policy and keep all the money you have invested in it. There is that poison pill built into these flawed and dangerous instruments. That the states allow them to be sold and refuse to hold the companies responsible for this breach of the public trust is unconscionable. Makes you wonder just how much Allstate and the others are contributing to political campaigns.
Posted by
Jayne Dowe
on June 26, 2017
If anyone has a Universal or Indexed Life Insurance policy. YOU HAVE BEEN SCAMMED are being ripped off. If you were sold one of these fraudulant policies, get rid of it if can AS SOON AS POSSIBLE. If you are considering buying one of these kind of policies -DON'T! It is a scam.

They have people pay in massive amounts of premiums over 20-30 years and then after all this time, they tell you there is zero value in the policy and that you need increase your premiums 5-6 times or more what you have been steadily paying those many years, otherwise the policy will lapse and they say there is no cash value in the policy. SYMETRA, PAN AMERICAN, AND PACIFIC LIFE, all horribly ripped off my parents. My mother is quite sharp and we reread all the original documents, it says nothing like this could ever happen. What happened to her policies is not what she was told when they purchased the policies.

If you have been ripped off by a Life Insurance company, file a complaint with your Insurance Commissioners, so they can't ever say they weren't informed, but don't expect any help from them.

Posted by
Elizabeth Buckley
on February 14, 2017
I am an 86 year old woman who "invested" in 2 Universal Life Insurance policies to leave to my son and daughter. My agent left without notice.. and I am left in the red each month trying to pay for these.

Communication has been poor with the company.. and we as a family are left scratching our heads each month trying to make sense out of the premiums.

It's a very distressing situation to say the least. I am hoping that you help me. I am with Mass Mutual.

Posted by
Dejon.williams
on September 15, 2016
I was the benificiery.of two.life insurance company's western & southern & mutal.omaha life insurance but i neber got my money its been.since 1980