Boston, MA: A number of spinal injury patients who have undergone spinal surgery and/or spinal fusion with Stryker Corp.' OP-1 Implant and Stryker OP-1 Putty have reported potentially fatal adverse events associated with the products. Spinal fusion complications include swelling of neck and throat tissue, resulting in compression of the airway and/or neurological structures in the neck. Other reports of Stryker OP-1 Putty Adverse Effects include difficulty swallowing, breathing or speaking. Attorneys are now investigating Stryker Putty lawsuits.

Send your Stryker OP-1 Putty claim to a lawyer who will review your claim at NO COST or obligation.
GET LEGAL HELP NOW

In 2004 the FDA approved Stryker' OP-1 Putty as a Humanitarian Device Exemption (HDE), which means that the device' effectiveness has not been established, and it can only be used to treat rare conditions and only used as specified by the FDA. It also means that permission to use OP-1 Putty on a patient must be granted by an Institutional Review Board (IRB) prior to use and only after receiving the patient' consent.

An HDE is for a product intended to benefit patients by treating or diagnosing a disease or condition that affects fewer than 4,000 individuals per year in the US. By the end of 2005, Stryker had more than 700 hospital Institutional Review Board (IRB) approvals for OP-1 Implant in patients under this HDE. 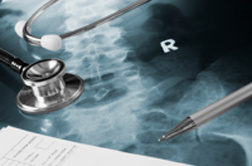 Stryker OP-1 putty is used to make a new kind of spinal fusion in patients who had a previously failed spinal fusion. The product is made from a manufactured human protein powder and cow collagen that is mixed with a saline solution and a thickening agent to form a putty-like material. During surgery, the putty is placed on each side of the spinal levels that need to be fused. OP-1 Putty is in a class of devices known as Bone Morphogenic Proteins (BMP), which are used to promote bone growth.

Stryker OP-1 Implant was given HDE approval by the FDA in 2001. OP-1 Implant is composed of recombinant human OP-1 and a bioresorbable collagen matrix. OP-1 is a natural protein that the human body makes to induce bone formation. In preclinical studies, OP-1 induced the formation of new bone when implanted into bony defect sites.


From 2008 through 2012, the FDA received 38 reports of complications resulting from the off-label use of Stryker Corp.'s OP-1 Implant and OP-1 Putty in cervical spine fusion. 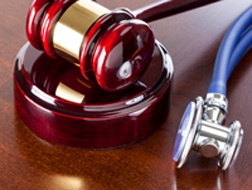 In 2009, Stryker Biotech, LLC, and several of its chief officers were charged in federal court with participating in a fraudulent marketing scheme of medical devices used during invasive spinal and long bone surgeries. Stryker Biotech was also charged with making false statements to the FDA.

Among other things, the Indictment alleges that all of the defendants participated in an illegal marketing scheme to promote medical devices used during invasive surgeries. In particular, the defendants are alleged to have promoted the OP-1 Implant and OP-1 Putty.

The Indictment charges that the defendants promoted the use of these devices in a manner that was different from its FDA approved use; namely they promoted a combination of the devices with another one of its products called Calstrux, a bone void filler used in orthopedic surgery when someone sustains an injury or when a surgical procedure results in a gap in the bone.

Stryker Biotech was also indicted for failing to inform surgeons about possible side effects from Calstrux, such as the device migrating to other parts of the body and growing bone in potentially harmful areas.

Furthermore, Stryker allegedly provided "recipes"to surgeons, medical technicians and others as to how to mix the OP-1 products with Calstrux. It is alleged that some of these untested "recipes"called for medical personnel to mold the combined product into "cigars,""tootsie rolls"or "vienna sausages."The Indictment charged that the defendants knew that such a combination had never been studied in a clinical trial and had never been presented to or approved by the FDA.

The Indictment also alleges that serious medical problems arose in a number of patients from this untested mix of products. Combining the treatments and devices — the OP-1 Implant, OP-1 Putty and the bone void filler Calstrux — caused adverse effects in patients ranging from minor irritations to infections requiring follow-up surgeries. The indictment also charges that Stryker and Philip lied to the FDA about the number of patients treated each year with OP-1 Putty.

In January 2012 Stryker paid $15 million to settle charges for illegally marketing the use of of OP-1 Putty and falsifying hospital records to authorize use of the OP-1 product. Two Stryker sales managers also pled guilty to engaging in illegal off-label promotion.

A lawsuit against Stryker Biotech filed in 2011 argues the patient, April Cabana, never gave consent to have Stryker' OP-1 Putty and Calstrux used in spinal fusion surgery. The lawsuit also includes a hospital and surgeon Dr. Ali Mesiwala for failing to inform Cabana that they were using the experimental products.

Cabana had a second spinal surgery in which surgeons removed excess bone and fused the remainder using a Medtronic Infuse bone graft product. The lawsuit claims the combination of the products caused excessive bone growth in her lower back, resulting in nerve compression and debilitating pain that required additional surgery.

In September 2013 Judge Terry Green of the California Superior Court for Los Angeles County denied Stryker and Medtronic motions to dismiss on preemption grounds, and ruled that Cabana' evidence -- that Stryker promoted the off-label combination of OP-1 and Calstrux -- is sufficient to allow a trial. Cabana' lawsuit claims failure to warn, negligence, negligence per se, breach of warranty, and fraud. The trial is scheduled for February 10, 2014.

If you or a loved one has suffered damages in this case, please click the link below and your complaint will be sent to a lawyer who may evaluate your claim at no cost or obligation.
Please click here for a free evaluation of your Stryker OP-1 Putty claim
Last updated on May-8-15

Middlesex County, MA: It would come as no surprise that the use of any product that augments and actually fosters the growth of bone has to be used with extreme caution, lest bone growth occur where it isn’t wanted, or in an area that could cause a patient harm. To that end, a lawsuit alleging Stryker OP-1 Putty linked to adverse events claims that Stryker promoted a use for OP-1 Putty that was not approved by the US Food and Drug Administration (FDA).READ MORE
Stryker Biotech Off-Label Lawsuit