Were you looking for Greater Omaha Packing Co. and Nebraska Beef Ltd. lawsuits?

Below you will find links to various forms for a free case evaluation for Wage/Hour and Overtime Pay disputes. If you do not work in California or New York, choose one of the National links that best matches your complaint.

Send your claim to a lawyer who will review your claim at NO COST or obligation.
GET LEGAL HELP NOW 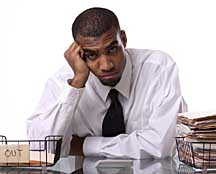 If you or a loved one has suffered similar damages or injuries, please click the link below and your complaint will be sent to a lawyer who may evaluate your claim at no cost or obligation.
Please click here for a free evaluation of your claim
Last updated on Jan-23-14

Morco Geological Services Inc., doing business as Morco Geological, has agreed to pay $595,737 in back wages to 121 current and former mud logging technicians following an investigation by the US Labor Department’s Wage and Hour Division, which found violations of the minimum wage, overtime and record-keeping provisions of the Fair Labor Standards Act (FLSA). READ MORE
Overtime Violations Rampant

When will hard working people stop being taken for granted? It's the 21st century and every employer knows that working more than 40 hours a week constitutes overtime, if you are on an hourly rate. It is your constitutional right to file a complaint with the labor board if you have not been paid overtime. And if that doesn't get you anywhere, you may want to seek legal help. Two women, both single mothers, are doing just that. READ MORE

Posted by
Michigan
on April 4, 2009
I worked for a tax company for 1 year. When tax season began, I was working 60-70 hours a week this year. My employer told me I was an independent contractor and issued a 1099 last year even though I was an employee. I was paid $10 per hour and employer refused to pay me overtime, refused to pay commission promised.
Posted by
Missouri
on October 3, 2007
Overtime was approved by the supervisor for work that needed to be done and no one else knew how to do it. I was also told that the overtime would be paid to me over a period of time rather than as it was earned. I accumulated approx. $3,000 in less than 3 months just in overtime and was only paid about $600 of it. Immediately after the specific task I was working on was completed, I was terminiated for working overtime and I still have not been paid my overtime. I was terminated 7/13/07.