When will hard working people stop being taken for granted? It's the 21st century and every employer knows that working more than 40 hours a week constitutes overtime, if you are on an hourly rate. It is your constitutional right to file a complaint with the labor board if you have not been paid overtime. And if that doesn't get you anywhere, you may want to seek legal help. Two women, both single mothers, are doing just that.

Jackie (not her real name pending a lawsuit) was hired by a small company five years ago and her salary was $1,500 per week. Everything was fine until the company went from a booming business to almost bust. She was working about 55-60 hours a week and her salary dropped to $1,000. Then the hours increased, up to 80 hours since her pay cut. "I had to file bankruptcy after my pay cut, it was impossible to support both me and my son," she says. And there were medical bills due to constant back problems. "I make deliveries all over the Chicago area; it's a very difficult job and involves heavy lifting but what can I do?" She doesn't have time to look for another job and much of her paycheck goes to daycare. Jackie barely had enough time to file a complaint with LawyersandSettlements. 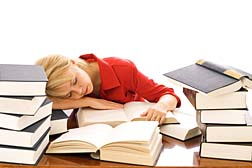 Judy Shaw also has a young son. She was hired as a Field and Staffing manager and was paid a monthly salary. But she performed the same job as her staffing team—everyone else got an hourly wage and after she calculated overtime, Judy was making much less than her team.

"The damages I suffered at this company involved being misclassified, working OT (min 5-7 hours per week) and not being compensated for this," says Shaw. " In addition to this, as a manager, I was required to work on-call from 5pm until 9am the following day and was only paid $25.00 for this service, and when required to work on the weekends, I was only compensated $200.00 for 24 hrs ($8.33 an hour)." To top it all off, most of her meal periods were missed, because the job required her to work through lunch.

Under Federal Law, employees are entitled to overtime pay unless they are exempt. A lawyer can help you to determine whether or not you fit into this category. For example Judy was hired as a salaried manager and misclassified because she performs the same tasks as hourly employees.

If you think that you are eligible for an overtime lawsuit, you can file a claim with the Department of Labor, who will investigate violations in overtime law. And you can also seek legal help.