Send your Novartis Sales Rep New York Overtime claim to a lawyer who will review your claim at NO COST or obligation.
GET LEGAL HELP NOW

Under the Fair Labor Standards Act (FLSA), employees are entitled to overtime pay for working more than 40 hours in a workweek. People who are involved in outside sales, however, are typically considered exempt from overtime pay. That is because employees who work in outside sales have unlimited earning potential due to their commissions—the more they sell, the more money they can make. Furthermore, they often work independently from a main office and have discretion in what hours they work. 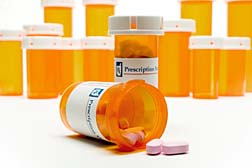 For a long time, New York pharmaceutical sales representatives were considered exempt from overtime pay. They could be considered exempt on one of two counts: either as outside sales people or under the administrative exemption, if they have discretion and authority in their job. 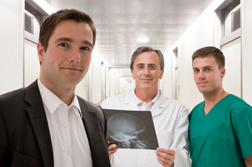 The court found that the content of the sales pitches was controlled by Novartis and Novartis sales reps were not allowed to alter those pitches in any way, meaning they had no discretion over the tone or content of the sales pitches. This led the court to conclude that Novartis sales representatives do not fall under the guidelines of administrative exemption because they did not have any authority over Novartis management policies or practices.

Furthermore, Novartis sales reps did not fall under the "outside salesmen" exemption because their primary duty was not making sales or obtaining orders. The Second Circuit Court of Appeals found that Novartis sales reps promote pharmaceuticals, but do not sell them. All the sales reps do is present information to physicians. It is up to the physician to prescribe the medication and then up to the patient to fill that prescription. That is, the drugs are not technically "sold" until the patient who has been prescribed a particular medicine has gone to have his prescription filled at a pharmacy or drug store.

In making its decision, the federal court followed information from the Department of Labor, which said that the pharmaceutical sales force was never exempt from overtime pay because the representatives do not make sales or obtain orders, nor do they exercise discretion and independent judgment.

If you or a loved one has suffered damages in this case, please click the link below and your complaint will be sent to a lawyer who may evaluate your claim at no cost or obligation.
Please click here for a free evaluation of your Novartis Sales Rep New York Overtime claim
Last updated on Apr-3-11

Novartis pharmaceutical sales could be boosted by the resurrection of the Prexige pain pill that was removed from the market four years ago, Bloomberg reports.READ MORE