Send your GSK Sales Rep New York Overtime claim to a lawyer who will review your claim at NO COST or obligation.
GET LEGAL HELP NOW 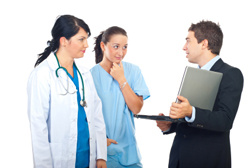 Under the Fair Labor Standards Act (FLSA), employees are entitled to overtime pay for working more than 40 hours in a workweek. However, employees who are involved in outside sales are typically considered exempt from overtime pay. That is because people involved in outside sales have unlimited earning potential due to their commissions—the more they sell, the more they can make. 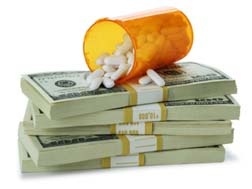 A lawsuit filed against GlaxoSmithKline alleged that GlaxoSmithKline sales representatives should be paid overtime because they do not meet the requirements for overtime exemption. The Ninth Circuit Court of Appeals (covering western states) found that GSK sales representatives are not entitled to overtime because they are defined as "salesmen," filling the requirement for outside sales exemption.

The judges in the GlaxoSmithKline sales representative lawsuit found that some salespeople earned compensation that made up to 41 percent of their gross income, making them ineligible for overtime pay. Outside sales people are considered exempt from overtime because commissions and incentives mean their earning potential is virtually unlimited.

If you or a loved one has suffered damages in this case, please click the link below and your complaint will be sent to a lawyer who may evaluate your claim at no cost or obligation.
Please click here for a free evaluation of your GSK Sales Rep New York Overtime claim
Last updated on Apr-3-11

After criticism was leveled recently saying that GlaxoSmithKline sales were boosted by fees given to US doctors for studies on the company's medications, the drugmaker recently disclosed the amount paid to physicians and institutions during 2010.READ MORE