Anti-deficiency laws exist in some states to prevent lenders from going after borrowers for money owed after a home is foreclosed on. These anti-deficiency statutes, however, have not stopped all lenders from attempting to collect on money they feel they are owed, and borrowers may feel they have to pay money they do not—under the law—owe. Attorneys are investigating anti-deficiency lawsuits against lenders who attempt to illegally collect on home foreclosure deficiencies.

Send your Foreclosure Deficiency Judgement claim to a lawyer who will review your claim at NO COST or obligation.
GET LEGAL HELP NOW 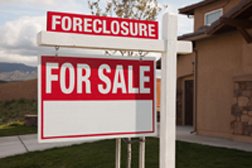 Foreclosure deficiency laws generally refer to residential foreclosures. A deficiency occurs in situations where a home is foreclosed and the amount made from the sale of the home is less than what is owed to the lender at the time of the sale. Some lenders include not only the difference of the mortgage that is still owed but also the costs associated with the foreclosure sale, attorney's fees and, in some cases, interest and penalties. The amount still owed to the lender after the foreclosure sale is known as the deficiency.

Even in states where anti-deficiency laws (sometimes called non-recourse laws) exist, there are often limitations to these rules. For example, they often cover only residential foreclosures and usually only primary residences of the borrower (that is, if the foreclosure is an investment property, anti-deficiency laws may not apply). Furthermore, certain types of debt may not be covered by anti-deficiency laws. These can include home equity lines of credit, debt consolidation loans or home improvement loans. 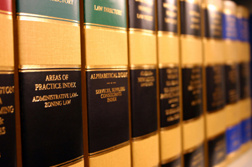 States that have anti-deficiency laws:

If you have had a lender attempt to collect on a deficiency in a state where anti-deficiency laws exist, you may be able to file a lawsuit against the lender.

If you or a loved one has suffered similar damages or injuries, please click the link below and your complaint will be sent to a lawyer who may evaluate your claim at no cost or obligation.
Please click here for a free evaluation of your Foreclosure Deficiency Judgement claim
Last updated on Mar-26-14

Posted by
Janet Herrera
on January 13, 2016
what if the home was sold at auction for much more than what was owed? does that go back to the last owner?