En Español FEDEX DISCRIMINACIÃ³N
Two collective action lawsuits are now pending on behalf of older Federal Express (FedEx) couriers who are victims of age discrimination. The suits allege that the company pushes couriers over 40 years old - particularly those with more than ten years' service - to leave the company. Older employees complain that FedEx takes away good routes, sets unrealistic performance goals, and writes up older employees for trivial issues. More than 20 older employees have joined the lawsuits already. Both actions are set for trial this year. If you are a victim of this practice, now is the time to come forward. 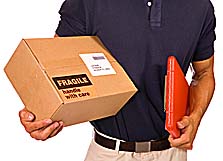 Some say these tactics are designed to push out older employees in favor of younger workers who require less medical insurance, sick leave and worker compensation. Employment law attorneys acknowledge that it is illegal to discriminate on the basis of age or benefits eligibility.

Another reason FedEx may try to push older employees out the door is because many employees have been grandfathered into a traditional pension plan. When FedEx changed their pension system in 2003, it asked its employees whether they wanted to stay with their traditional pension plan or move to the new cash-balance plan "FedEx Portable Pension Account". 137,000 employees stayed with the check-for-life plan. FedEx has also implemented early retirement packages in hopes of saving the company millions of dollars each year.

Traditional pension plans or defined benefit plans are figured by salary and years of service. The longer the term of service, the larger the benefit. At the end of employment, the employee will continue to receive monthly checks for life. According to some sources, the average retirement age for FedEx employees is 60 years old. Employers are moving away from these plans because the pay-out is costly and unpredictable.

On the other hand, cash-balance plans are funded based on a percentage of the employee's wages and the interest rate is pre-determined by the employer. Upon retirement, the employee will receive the benefit in a single lump sum cash payment. These types of plans have been scrutinised in the past for employment benefits cases and age-discrimination lawsuits.

Federal Express currently has over 250,000 employees worldwide and $29 billion in annual revenues. In the past, the Federal Express Corporation has been investigated for sexual harassment and racial discrimination charges, and allegations of avoiding workers compensation payments by employing contract workers.

FedEx Announces 2008 Pension Freeze
FedEx is planning to freeze its traditionally-defined benefit plans, moving employees to an existing cash-balance plan. The FedEx freeze of its $11.5 billion plan is effective June 1, 2008.

Discrimination Doesn't Pay for FedEx
Linda H. worked as a FedEx courier for 20 years and got along well with everyone except the new manager. "He singled me out and kept picking on me until I was eventually fired," she says. But Linda stuck to her guns and was reinstated. And that's not all...

Fedex Age Discrimination in the News

If you or a loved one has suffered from discrimination as a Federal Express courier, you may qualify for damages or remedies that may be awarded in a possible collective action lawsuit. Please click the link below to submit your complaint to a lawyer for a free case evaluation.
Please click here for a free evaluation of your claim
Last updated on Mar-25-14

Posted by
robert
on October 16, 2016
recently terminated put with a manager and employee that made my life a living hell. the more i went to hr and upper management the worse it got.there were others that were 20 years or more written up for petty things. i was terminated have a lawsuit in the works will never go back to that toxic job
Posted by
JOHN SMITH
on September 25, 2016
I HAVE A BROTHER THAT WORKS AT FED EX. HE HAS RECENTLY BEEN SUSPENDED FOR MINIAL PETTY REASONS AND COULD BE TERMINATED. HE IS 45 YEARS OLD AND HAS BEEN WITH THE COMPANY FOR 17 YEARS. IT SEEMS HE IS BEING SET UP TO FAIL IN ORDER TO GET RID OF HIM. HE AS A DRIVER GOT THE LIMIT OF 3 LETTERS OF REPRIMAND WHICH GETS YOU SUSPENDED AND COULD GET YOU FIRED. ONE LETTER WAS FOR MAKING A DELIVERY AFTER 10 AM. AND HE WAS HELD BACK AT THE STATION AND STARTED LATE BECAUSE HE HAD TO WAIT FOR A SHIPMENT TO ARRIVE AT THE STATION. HE WAS WRITTEN UP FOR CLOCKING IN 5 MINUTES EARLY AND GOT A LETTER. AND LASTLY AND THIRDLY, A LETTER FOR WORKING OVER THE 10 OR 11 HOURS ALLOWED FOR DRIVERS OF COMMERCIAL VIHECLES IN TEXAS. AND THIS WAS BECAUSE HIS MANAGERS AT FEDEX ASKED HIM TO COME TO WORK ON A DAY HE SHOULD HAVE BEEN OFF BECAUSE THEY TOLD DRIVERS TO STAY HOME BECAUSE OF A STORM. SO WATCH OUT FOLKS YOU COULD BE NEXT. GET WITH OTHERS AND PLAN YOUR DEFENCE, MAY MAKE YOU ITS NEXT TARGET IF YOU ARE OVER 40 YEARS OLD AND ARE CLOSE TO FEDEX RETIREMENT AGE.
Posted by
Carol D Jackson
on April 1, 2016
Since I returned to work from an jury in February of 2015, I have been written up on several different reasons. As of today, April 1, 2016, I have been suspended due to filling up my route truck with the incorrect fuel. There was no indication of the type of fuel to use. It was an older sprinter.
Posted by
California
on May 4, 2014
FedEx set unrealistic goals on my route, fired me and then fought my unemployment. I hired a lawyer and won my case. I believe it was age discrimination and so did my lawyer. He said it was hard to prove. I worked there over 10 years and was 57 yrs old. I was one of their best employees and had an outstanding review just before being fired.
Posted by
Virginia
on July 10, 2008
I have been given unrealistic goals, routes to run and constantly being set up to fail. I have been cut back in hours and overtime. My manager has told other managers not to ask me to work any extra hours that are available to work. My manager is trying to push me out of my job by constantly harassing, threatening and writing me up. My manager gave me a lower review than I was supposed to get, wich made my pay raise lower. I have had severe stress, headaches, loss of sleep, loss of work, weight gain, hair loss, skin damage, wrinkles, digestion problems and overall permanant damage to my health because of the constant attacks against me by my immediate supervisor and 2 employees within my workgroup.
Posted by
New Jersey
on July 29, 2007
On Tuesdays, I am required to take half the afternoon packages from a full time route and complete the early pickups. just recently the full time pickup route in my area was made part time and I am expected to do early pickups while maintaining the same amount of stops per hour, this is on a daily basis. This change was made once I returned from short term disability.
Posted by
Connecticut
on June 16, 2007
They changed my 0715 to 1545 shift to 1030 to 1930. They said they had to cut 3 hrs out of the operation and by moving me to nights covered an open slot. They gave my shift to anotheer employee who's shift was eliminated. I was told by my manager that when I retired (Dec 2007) they would make my fulltime route 2 part time routes and would take care of the problem.