The National Highway Transportation Authority (NHTSA) has received complaints about a potential design defect in the Chevy HHR (Heritage High Roof). The Chevrolet HHR problems reportedly include difficulty turning the vehicle off. Chevy HHR complaints have been filed with the NHTSA by vehicle owners, who say they incurred high costs repairing their vehicle.

Send your Chevy HHR claim to a lawyer who will review your claim at NO COST or obligation.
GET LEGAL HELP NOW

Reports on the NHTSA website include instances of Chevy HHR owners stating that their Chevy HHR won't shut off or that their Chevy HHR key stuck in the ignition. In order to rectify the problem when the HHR would not shut off, some HHR owners reported disconnecting the vehicle battery to shut the engine; remaining in their parked Chevy HHRs until their vehicle runs out of gas, which can take several hours if not a day; and removing a fuse from the engine. 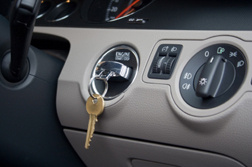 So far, model years affected by the ignition problem include the 2009 Chevy HHR and 2009 Chevy Cobalt. Various reports from Chevy HHR owners, including reader submissions to LawyersandSettlements.com, indicate that this is a known problem among car dealers and garages; however, Chevrolet/General Motors has not addressed the problem.

Some customers, who have had to have their vehicles towed to a dealership while still running, have been informed that the repair is not covered under their warranty. Those customers say they paid up to $600 to repair the HHR ignition.

If you or a loved one have experienced ignition issues or other problems with your 2009 Chevrolet HHR or Cobalt, please click the link below to send your complaint to a lawyer who will evaluate your claim at no cost or obligation.
Please click here for a free evaluation of your Chevy HHR claim
Last updated on Aug-30-11

The rate of automotive recalls this year appears to be accelerating with Chrysler vehicles accounting for some major numbers. This week, the car manufacturer added to its growing list of recent recalls, a recall affecting approximately 22,100 small cargo vans because of inadvertent side air bag deployments, the company and U.S. safety regulators said.READ MORE