BOK Financial, based in Tulsa, Oklahoma, is a top-25 US-based bank with more than $30 billion in assets.

Send your BOK Overdraft Fees claim to a lawyer who will review your claim at NO COST or obligation.
GET LEGAL HELP NOW 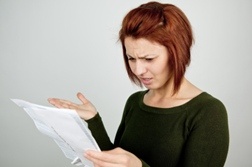 According to a Dec. 2016 consumer protection report published by the US Public Interest Research Group (US PIRG), overdraft and non-sufficient fund (NSF) revenue per bank account is on the rise.

Bank customers of BOK Financial have alleged in lawsuits that BOK intentionally reordered financial transactions from highest to lowest dollar value in order to push customers into overdraft situations that rack up more overdraft fees than if the transactions were posted in the order they occurred. The lawsuits allege that this "re-ordering" practice was implemented to maximize the revenue received from overdraft fees and caused customers to pay excessive amounts in overdraft fees.

According to the US PIRG report, the average bank collected $17.76 in overdraft/NSF fee revenue per consumer deposit account in the first three quarters of 2016, an increase of 2.6 percent over the same period in 2015. Many banks with the highest overdraft revenue "rely heavily" on overdraft revenue.

"Moreover, the bank employed automated software programs to reorder transactions so it could maximize the number of overdraft fees it imposed on its customers," according to the lawsuit petition. "In many instances, these overdraft fees cost account holders of the bank hundreds of dollars in a matter of days, or even hours."

In 2012, BOK Financial settled a class action lawsuit In Re: Checking Account Overdraft Litigation, Case No. 1:09-MD-02036, US District Court, Southern District of Florida for $19 million on three related lawsuits alleging that BOKF maximized its overdraft fee revenues by re-sequencing class members' debit card transactions in the period between Jan. 2005 and Aug. 2011.

If you or a loved one has suffered similar damages or injuries, please click the link below and your complaint will be sent to a lawyer who may evaluate your claim at no cost or obligation.
Please click here for a free evaluation of your BOK Overdraft Fees claim
Last updated on Apr-3-20

Posted by
Sandra De Moss
on January 12, 2018
My debit card was charged $32.50 per transaction plus $6.50 a day immediately after my account was negative.
Posted by
Louise foreman
on May 21, 2017
first national bank, hermitage, pa kept on charging me 12.00 for every 3 days I was overdrawn. They said it would ruin my credit if I didn't "pay up." I was informed I was being turned over to a collection agency. A 5.00 overdraft from 2-7-2017 escalated to approximately 145.00. I reported them to the Federal Trade Commission. Bank fees are not debt. It took them until mid-May 2017 to hear back from them and that was only because I contacted the federal government.