An upcoming approval hearing will determine whether BOK Financial (BOKF) will pay $7.8 million in a class action settlement with former bank customers who claim they were charged excessive overdraft fees. 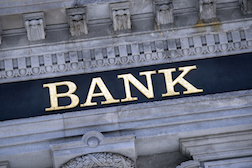 The hearing is scheduled for May 15, 2017 for final approval of an Oct. 2016 order granting preliminary approval of the $7.8 million settlement reached between class members and BOK Financial last fall.

The practice, known as "reordering," subtracts the highest transaction of two or more transactions, often resulting in the customer's drained bank account and a number of overdraft fees. Plaintiffs in the class action alleged that BOKF routinely processed debit transactions when the customers had insufficient funds.

More BOKF EXCESSIVE OVERDRAFT FEES News
"Moreover, the bank employed automated software programs to reorder transactions so it could maximize the number of overdraft fees it imposed on its customers," according to the lawsuit petition. "In many instances, these overdraft fees cost account holders of the bank hundreds of dollars in a matter of days, or even hours."

In the preliminary settlement agreement, BOKF denied any wrongdoing, wishing to settle the litigation "to avoid any further expense and distraction from it."

Upon final approval, BOKF will pay $7.8 million to create a common fund to benefit the settlement class, which is comprised of all BOKF customers in the US who had one or more accounts and incurred an overdraft fee between September 1, 2011 and July 8, 2014 as a result of high-to-low debit card transaction sequencing.

The settlement was reached after mediation between the parties.

If you or a loved one have suffered losses in this case, please click the link below and your complaint will be sent to a financial lawyer who may evaluate your BOKF Excessive Overdraft Fees claim at no cost or obligation.
Request Legal Help Now

Posted by
Frank Shortridge
on September 1, 2017
Got letter from them.Got ahold of them . Getting the run around.lve been with bank of Az since 2009.And live I Az.
Thank you. Frank Shortridge
Posted by
Deana
on August 31, 2017
Does anyone know if anyone even got $5000 from this lawsuit?
Posted by
Kinney Dover
on August 9, 2017
I received email in June saying payments would be made starting the end of July still nothing but a small amount credited back to my account
Posted by
Melissa Richardson
on July 31, 2017
I received a check in the mail today. I wanted to publicly thank Ratzlaff and congratulate them on fighting for the people. Thank you!

Posted by
Mary
on July 25, 2017
So I got two small checks totally $47.47 that's a huge difference from the $5,000 payout that they said I would get in the email they sent to me. Has anyone else received anything?
Posted by
Mary
on July 24, 2017
Did anyone else receive very small checks this week? The email I initially got said that each person in the lawsuit would get $5,000. I got two small checks that didn't even total $50. That's a huge difference so I was wondering if anyone else received anything remotely close to what their email stated.
Posted by
Deana
on July 24, 2017
I GOT $39.71 Deposited into my bank account. LMAO. Even tho they sent me an email saying that class members were to receive $5000. I have paid way more than $40 in overdraft fees. What a joke.
Posted by
darrell dykes
on July 20, 2017
I never received nothing and know they made thousands of dollars from me for years.do I need a lawyer.has anybody got a check yet?i thought they had to pay 30 days after final judgement which was may 17,2017
Posted by
Deana
on July 11, 2017
I have emailed to find out the status. They told me payment will be made after any appeals filed. But if its a settlement why would there be an appeal? Frustrated.
Posted by
Mary
on July 11, 2017
This was the response I was given when asked about payout on this.

Thank you for your email.

On May 15, 2017 the Court issued Final Judgment and Order Granting Final Approval of Settlement. Both of these documents are now available on the settlement’s website, www.BOKFSettlementOverdraft.com for your convenience, if you wish to review them.

Please note that although the Court has granted final approval for this settlement, there is still a period of time in which either Class Council or Defendants can appeal the ruling. If appealed, it may take considerable time for any and all issues to be resolved between the parties and the court. As such, there is currently no timeline for when benefits for this settlement will be disbursed to class members. Upon the expiration of the time allowed for appeals, and resolution by the court of any appeals filed, the final approved Settlement will become effective (“Effective Date”), and a date for disbursement of settlement benefits will determined pursuant to the Settlement Agreement, as approved by the Court.

Posted by
Teri
on July 1, 2017
It is more like 30 to 90 days to receive payout on this law suit
Posted by
darrell dykes
on June 20, 2017
I have paid thousands of dollars for years because of overdraft and also paid the 6.50 a day over 5 days now now and I thought they was going to pay by the 17th of june,2017 and still have not seen a penny.i thought court ordered them to pay within 30 days of final approval on may 17,2017. hello
Posted by
Teresa Love
on May 21, 2017
I have been charged excesssive fees at JP MORGAN CHASE

Click to learn more about LawyersandSettlements.com
LawyersandSettlements.com - A trusted, independent legal news provider bringing quality news and information on all legal cases and lawsuits filed in United States of America to its readers since 2002. Over 250,000 legal help requests including Financial Cases, and Consumer Banking Issues have been forwarded to lawyers all across to the country.