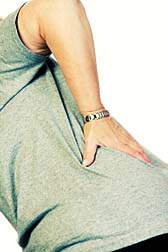 "The issue, it appears, is that implantation of the Durom Cup requires specialized training on the part of the surgeon, in an effort to mitigate the failure rate for the relatively new device. However, was that fact properly communicated to surgeons? A surgeon with years of experience with hip replacements might be forgiven for assuming that he or she was eminently qualified to carry out a hip replacement, regardless of the type of medical device used.

However that appears not to be the case—or at the very least, that's Zimmer's response to a failure rate of about 5.7 percent. So far, 12,000 patients have had Zimmer Durom Cups installed as their replacement hips since they were approved for use in the US in 2006. That percentage translates to 684 patients who will likely need, or have already suffered through a second surgery to append the first.

Like health care in general, the medical devices industry is constantly evolving, and there are always improvements and new designs introduced that surgeons are eager to try, and manufacturers are eager to introduce. There is also a bit of a loophole with the approvals process for new medical devices that improve on an existing protocol. When a new medical device is introduced to address an existing procedure, only a cursory approval is usually required by the US Food and Drug Administration (FDA), given that the device is not a new device addressing a new procedure. Thus, procedure improvements with new devices can usually be brought to market much more rapidly, allowing the manufacturer to realize a return on investment much more quickly.

The Zimmer Durom Acetabular Component is a newer type of artificial hip part, which is designed for use in combination with Zimmer's Metasul Metal-on-Metal Tribological Solution Large Diameter Heads (LDH). The hip replacement cup is a monoblock of cobal chromium alloy, which was introduced in Europe in 2003 and approved in the United States in 2006.

Unlike traditional hip replacement parts, the Zimmer Durom Cup is made from a single piece of material and is designed to address some of the more common problems with hip replacement components, such as wear of the bearing, limited range of motion and instability.

Little wonder that so many surgeons embraced the technology. However, it wasn't long before patients began having problems. Zimmer communicated to healthcare providers in May that there were reports of problems, and that it was investigating. Following a review of 3,100 cases, Zimmer made the decision to suspend sales of the Durom Cup pending an update to the product labeling, and the implementation of a new surgical training program in the US to train surgeons on the proper way to install the devices.

According to the manufacturer, the technology and design parameters of the Durom Cup require a higher degree of precision.

Regardless of whether, or not this last fact was communicated with surgeons at the time the Durom Cup was introduced, the fact remains upwards of 12,000 patients have served as guinea pigs for the new device, with heartbreaking results.

Angeline's husband had his hip replaced by a Durom Cup in February of this year. Within 3 months the femoral head had dislocated from the shell, resulting in severe and debilitating pain—and he'll be a candidate for revision surgery just a few short months after his initial procedure.

Then there's Kevin, who reports that his wife received the Durom Cup in March of this year. It has since dislocated 5 times; she has difficulty walking and is in constant pain.

While it is not known if Zimmer has agreed to foot the bill for any and all required revision surgeries to address a failed Durom Cup, it was reported that Zimmer has set aside about $45 million in reserve to settle any expected claims.

More ZIMMER DUROM CUP News
It is also interesting to note that while sales of the Zimmer Durom Cup have been suspended pending label changes and the implementation of a surgical training protocol, the Durom Cup was never recalled, nor will it. It is Zimmer's position that in spite of the failures, there was no manufacturing, or design defect inherent with the components. That throws it back to the surgeons, who supposedly bear the responsibility for not installing the devices properly.

All this is of little help to a Zimmer hip replacement patient who probably waited months for surgery, and either paid for, or took a major hit through their health care insurer for hip surgery that has in effect come undone mere weeks and months later, due to the failure of the Zimmer Durom Cup. While the manufacturer, and those in the surgical camp sort this out, the patient is left twisting in the wind, painfully…