A lawsuit has now been filed against Zimmer, Inc. alleging the Zimmer Durom Hip Replacement cup is defective. More lawsuits are expected as patients realize they may have had a defective cup used in their implant surgery.

Zimmer has admitted that the Durom cup is failing at a higher than expected rate, but blames the problem on surgeon error rather than mechanical or design defects. Critics note that the high rate of failure indicates that the problem is likely with the cup itself, rather than being due to widespread surgeon error. 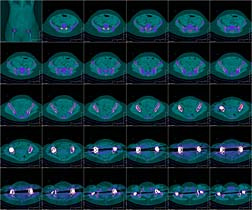 Some patients who had the Zimmer Durom cup implanted report crippling pain and cup migration. According to Dr. Lawrence Dorr, a Zimmer consultant, rather than fusing with the bone, the Durom socket was separating from it, resulting in a need for patients to undergo additional surgeries to correct the problem. Dr. Dorr told The New York Times that the cup was poorly designed. Potentially hundreds of patients may require early replacement of their Durom cups in the next few years.

Zimmer recalled its Durom cup on July 22, 2008, announcing that it needed to update labeling to provide more detailed instructions to surgeons. The company says that once specialized training for doctors had begun, the Durom cup would likely be available for sale again.

Problems with the Zimmer Durom hip replacement cup have led to calls for a joint registry in the US. Countries such as Australia and Britain have such a registry, which tracks how patients with artificial hips and knees do after their surgery. Doing so may prevent the continued use of defective implants once a problem has been identified. Without such a registry, individual doctors may notice a problem with a certain medical device but may not realize how widespread the problem really is.

Meanwhile, Zimmer Inc. and Zimmer Holding Inc. both face a lawsuit alleging they were involved in a medical device kickback scheme by providing illegal benefits to doctors who were willing to exclusive purchase medical supplies from them and four other defendants. The lawsuit follows a settlement last year between the same defendants and the US Attorney's Office in New Jersey, in which the defendants paid $311 million in fines and agreed to monitor payments to health care professionals. In return for the settlement, the companies did not face criminal prosecution.

More ZIMMER DUROM CUP News
Amid all the legal wrangling, allegations of kickbacks and calls for a registry, it can be easy to forget that it is the ordinary patient who has been the most harmed by the use of allegedly defective medical devices. Patients who received the Zimmer Durom cup report severe pain months after the device was implanted. They say that they cannot carry out their normal day to day activities because they have so much pain and they are never comfortable because even when sitting or lying down, their hips continue to hurt. These patients, having once undergone surgery that they thought would alleviate their hip pain, now must undergo at least one more surgery to fix a device that has reportedly failed them.

If this sounds like something you or a loved one went through, contact a lawyer to discuss your legal options.