For many patients who received a Zimmer hip replacement, the new year is not a time to start anew, but a time to ask whether or not they will ever walk without pain again. The patients have undergone at least one hip replacement surgery, during which a Zimmer Durom Cup was implanted in their hip (or hips) and may have to endure further surgeries to fix problems with their Zimmer hip prosthesis. 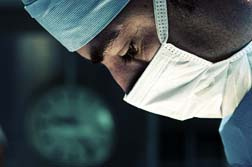 These patients, at least those who have not endured additional surgeries, have not yet recovered from their hip replacement surgery, allegedly because their hip prosthesis is defective. This has caused slipping in the hip joint, severe pain, inability to walk, immobility in the hip joint and other serious problems. Many have suffered for months or longer because they thought their pain was a normal result of their surgery.

Patients who currently need hip replacement surgery may not have to worry—yet. The Zimmer cup is currently not available for sale. However, the cup's makers say they have suspended sales until they can update the label to provide information on surgical techniques required to properly implant the device. This, of course, means that Zimmer believes the problem is with the doctors performing the surgery and not with the hip itself—a common device-maker's defense: Blame the doctor rather than the device.

But the doctor who first sounded the alarm about the Zimmer hip device is Dr. Larry Dorr, a prominent surgeon and one who is experienced in hip replacement surgeries. He did not seem to think the problem was with surgical techniques and stopped using the Zimmer hip device. In his letter to the American Association of Hip and Knee Surgeons, Dr. Dorr noted that the cup would just "pop free" when surgeons hit the edge of it—not at all reassuring for patients who have the cup implanted.

If Zimmer is wrong about the lack of proper surgical technique, then updating the label will do very little to prevent injury to future patients. This means that once the device is back on the market, patients who are waiting for hip replacement surgeries will once again be at risk for receiving a defective device.

Critics allege that one of the reasons Zimmer did not announce a full recall of the hip device (and one of the reasons the company took so long to take action in the first place) was because the Zimmer hip received "excellent" clinical outcomes in Europe. However, the Zimmer hip used in Europe is slightly different from the version used in the US and it is used more frequently in hip resurfacing procedures.

More ZIMMER HIP REPLACEMENT News
The higher success rates in Europe could be attributed to the slightly modified version of the cup, indicating that problems in the US are associated with the cup's design rather than with surgical techniques. Widespread problems with the cup further suggest that the problem is with the device and not with the doctors implanting it.

Lawsuits have been filed against Zimmer, alleging that the company did not properly test the hip prosthesis before releasing it on the market. Critics say that Zimmer put company profits before patient safety, putting patients at risk for serious complications.

Patients who are not sure if they have had a Zimmer hip device implanted should contact their doctor for further information. Those who have not recovered 3 months post-surgery should seek medical attention to determine if their prosthesis may be defective. People who received a Zimmer hip device and have undergone (or may undergo) additional surgeries may wish to contact a lawyer to discuss their legal options. It may be their best option in this new year.