Zimmer Hip Meant to be a Lifesaver

The Zimmer Hip replacement was supposed to be a lifesaver for patients suffering from serious hip pain. The Zimmer Durom Cup was meant to eliminate hip pain and provide patients with a new freedom—the freedom to once again move normally, without any pain. Unfortunately, some patients found that their Zimmer hip prosthesis may have caused them even more pain than they had before. 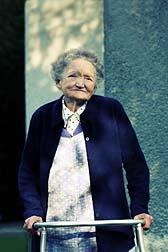 This has caused a great deal of despair in patients who thought that their days of major surgery was behind them after they had their Zimmer hip implanted. They thought that after the surgery, along with some rehabilitation and rest, their hips would be problem-free. They expected that they could go back to work, or carry on with their favorite activities, or at the very least live their lives without too much pain.

What they have found, instead, is that they now suffer from an agonizing pain and they worry that at any time their hip might give out on them. Some describe the hip as being prone to "slipping" in and out of place with no cause—they say they can simply be standing at a counter when the hip gives out on them suddenly. Others say that they suffer indescribable pain when they lie down or put any pressure on that hip.

They wonder who is at fault for their condition. Zimmer has recalled its hip replacement parts until the company can change the labeling—but Zimmer has placed the blame for the hip problems squarely on the doctors who implant the prosthesis. Zimmer has said the problems are related to the surgical techniques used to implant the hips. However, even if the issue has been caused by surgical placement, critics argue that Zimmer knew about these problems and still failed to ensure that proper techniques were used, putting patients at risk of complication.

Of course, regardless of blame, patients who suffered complications from their Zimmer hip replacements still suffer—they still cannot walk without pain. And now, they face the prospect of another surgery. These people, who thought by now they would be walking again and have their lives back to normal, now face more surgery, more rehabilitation and more pain.

They also face more medical bills, more time off work and more medications. Those bills can be daunting, especially for people who have already taken time off work and believed they were out of the woods. Instead, they must gear up for more months of doctors appointments and rehabilitation.

More ZIMMER DUROM CUP News
That a medical company has allegedly put profits before people is nothing new. In fact, such allegations are in the news all the time. Many companies chase the almighty dollar at the expense of the people they claim to help. However, Zimmer has also been accused of paying kickbacks to doctors in exchange for the doctors using Zimmer products in surgery.

So Zimmer may have paid doctors to use a product that was potentially defective, without providing the proper labeling for implantation techniques. If you are a patient who went through that surgery and suffered complications, you're likely pretty upset at having been put in that position. After all, you trusted the doctor to use a tried and true product and you trusted the device maker to ensure that you got a product that would work.

Unfortunately, it doesn't look like that happened. The good news is that there is a chance you could be compensated for your pain and suffering, as well as for your medical bills. A lawyer can help determine whether or not you are eligible to join a lawsuit.