With summer just around the corner, more and more people will be out riding their ATVs again. However, more people riding ATVs means there is a higher likelihood of accidents such as Yamaha Rhino rollovers. In fact, as many people are learning, a few minutes of fun on the Yamaha Rhino can result in permanent injury.

When many people think about ATV accidents, they assume the accident was the result of a driver maneuvering the vehicle recklessly or driving too quickly. However, in the case of the Yamaha Rhino, even careful, experienced drivers are finding that they are involved in rollover accidents. This is because the Yamaha Rhino has a high center of gravity, making it more prone to rolling over. 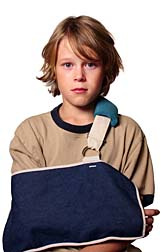 Even a Yamaha Rhino driven responsibly at a safe speed could potentially be involved in a rollover accident through no fault of the driver. In fact, many Yamaha drivers say they were stunned when their Yamaha rolled over because they were driving carefully.

What makes the accidents so much worse is a lack of safety features on the original Yamaha Rhinos. Until recently, the Yamaha Rhino ATVs were designed without doors to protect riders from injury in the event of a rollover accident. Without doors, riders had nothing to prevent their arms and legs from falling outside the Rhino and being crushed.

Limbs that are crushed by the Rhino can require multiple surgeries and months of rehabilitation for recovery—that is if they do not require amputation—and not all limbs can be fully repaired from such an injury. One teenage girl who was involved in a Yamaha Rhino rollover required six surgeries to her arm and foot. Doctors have told her that her arm will never fully straighten again.

Some children have even died in Yamaha Rhino rollover accidents.

More News
What makes this so horrible is that these injuries and deaths may have been prevented if the Yamaha Rhino had been designed with proper safety features, such as doors. There is no need for the ATV to be made without safety mechanisms to prevent riders from being crushed in the even of a rollover, especially in an ATV that has a high center of gravity and is therefore more prone to rolling over.

Patients have required titanium rods and steel pins in their joints to repair the damage done in a Rhino accident. Of course, the surgeries and rehabilitation come at a price and people involved in Yamaha Rhino rollovers often find themselves with high medical bills. Naturally, because of their injuries they are also off work and without pay for a while.

Class action lawsuits are now being filed against Yamaha, alleging that the defective design of the Rhino, combined with a lack of adequate safety features, resulted in serious injury and death to Rhino riders. If you or someone you love was seriously injured in a Yamaha Rhino rollover, contact a lawyer to discuss your legal options.