Woman Sues Yamaha and Distributor Due to ATV Rollover

On February 21, 2008, Laura Lewis filed a lawsuit against K&T Motors in Romney, Maryland and Yamaha Motor Corporation after her Yamaha Rhino ATV rolled over during a routine maneuver that caused her right hand to become crushed.

According to the lawsuit that was filed in Ohio Circuit Court, on September 25, 2006, Ronald Lewis, the husband of Lewis, purchased a 2006 Yamaha Rhino from K&T Motors, which is a distributor of motorcycles, ATV products, and other products that are manufactured by Yamaha. 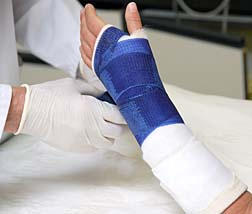 The claims against K&T say that the distributor failed to fit the Yamaha Rhino ATV with a retrofit kit that was provided by Yamaha to protect the limbs of those riding within the vehicles. She is also holding K&T responsible for design defects that are responsible for rollover risks.

More News
On October 2, 2006, while Laura Lewis was riding as a passenger in the ATV, the vehicle rolled onto its side during a routine maneuver that involved turning the vehicle around on a level surface. She has stated in the lawsuit that her right hand had become trapped between the ground and the ATV, which caused her upper extremity to become crushed and a number of fractures to occur to her fingers and her hand. As a result, she had to undergo extensive surgery that included the insertion of a metal pin and other hardware that was required to fix the bones.

Lewis further claims that after the surgery, she experienced symptoms of a painful condition called reflex sympathetic dystrophy, which is actually a neurological condition that is said in the lawsuit to have further worsened as time has progressed. The suit also says that she has experienced limitations with the affected hand and has experienced extreme sensitivity. The hand is also said to be disfigured.

She is seeking both punitive and compensatory damages for the injuries she sustained in the accident.