ATV Rollovers: Anyone Can Be a Victim 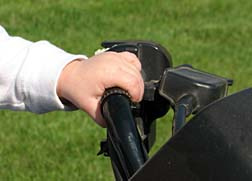 On August 3, a 74 year old man died following an ATV crash in a rural area. The man appeared to have lost control of his vehicle while on a hill, causing a rollover. The victim was pronounced dead at the scene of the accident.

Meanwhile, in New York an 84-year-old woman died after she lost control of her ATV, resulting in a rollover accident. The woman was driving along a road when she drove onto the road's shoulder. The ATV rolled on top of the driver, pinning her underneath. Although one of her companions was able to pull the ATV off the victim, she suffered serious head and chest injuries and was pronounced dead at a hospital.

Victims of ATV rollovers are now filing lawsuits, alleging that some of the vehicles roll over too easily. Two personal injury lawsuits have recently been filed against Yamaha, alleging that the Yamaha Rhino ATV contains "multiple design flaws rendering it dangerously unstable." The complaints further allege that the Yamaha Rhino tips over even when driven on flat ground and at low speeds. Plaintiffs also argue that although Yamaha has added some safety features to the Rhino, including half doors and a handhold, the company has not done anything to address the vehicle's stability.

Many people think that because ATVs are operated at lower speeds than other motor vehicles they are much safer and less likely to cause serious injury than those other vehicles. However, people who are injured in ATV accidents often suffer very serious injuries, including traumatic brain injury, spinal cord injuries and other internal injuries.

Of course, not everyone survives an ATV rollover accident. Countless news stories report ATV-related fatalities—victims of many ages, from age five up to age 84 are noted in news this week. The accidents involve people of many skill levels, from inexperienced drivers to those who have been driving for years.

More ATV ROLLOVER News
Along with the accident reports come warnings to follow safety rules: always wear a helmet, always drive carefully and never speed. However, while these safety rules are certainly important, how much good do they really do when the vehicle being driven is prone to rolling over even at safe speeds? How much will a helmet protect a person whose ribcage is being crushed by a rollbar?

That is not to say that safety rules should not be followed: they should always be followed, no question about it. But, if it is up to ATV users to follow safety rules, should the ATV industry not be responsible for at least providing a safe product? An ATV that too easily rolls over is not a safe product, it is a disaster waiting to happen.

If you or someone you love has been harmed in an ATV rollover accident, contact an experienced lawyer to discuss your legal options.