Yamaha ATV: Was Rhino Under-tested Before Coming to Market?

When a Yamaha ATV was introduced in 2003, Yamaha was entering a relatively new market for side-by-side ATVs. However, there were other players in the sector with products ready to go, including the Kawasaki Mule and the John Deere Gator. To gain an advantage, the Yamaha Rhino was designed to be faster and more agile. In so doing, the Yamaha Rhino was allegedly designed to be dangerous. 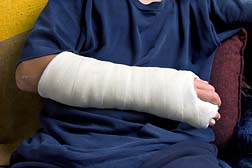 In fact, all ATVs leave a lot to be desired on the safety front. ATV accidents killed at least 500 people in 2006 and sent another 146,600 to hospital emergency rooms across the nation. A research project currently underway in Kentucky—a state which led the nation in ATV accidents last year—hopes to pinpoint and isolate the reasons behind ATV accidents.

However, a few of the primary reasons are already known. According to at least one independent engineer that has studied the rollover capability of four ATVs in the class, ATVs as a sector are "dangerous." It has also been long suggested by critics that the use of the phrase 'all-terrain vehicle' is misguided, given that the safest terrain to operate an ATV is on a smooth, flat surface.

It doesn't help, either, that too many consumers regard ATVs as playthings. Safety warnings and disclaimers on the part of manufacturers have done little to dispel that myth. It would take an intensive, industry-wide education campaign on the part of manufacturers to move consumers from their current relaxed attitude surrounding the inherently dangerous vehicles. It appears manufacturers, continuing to enjoy robust sales, are reluctant to do any such thing.

Yamaha has been reluctant to recall the Rhino, in spite of scores of deaths and horrific injuries attributed to the allegedly unstable units. Since the rash of Rhino rollovers have come to light, much has been written about the unit's alleged design flaws—the vehicles tend to be top-heavy and prone to rollovers thanks to high ground clearance, a high center of gravity, a narrow track and narrow tires. Combined with the added power, greater speed and agility designed as a leg-up over the competition, an allegedly poor design is only exacerbated.

But that's not the half of it. In the rush to bring the Rhino to market, Yamaha allegedly did not adequately test the Rhino for real-world hazards. While basic testing of vehicle components and basic operation would have been properly performed, and class-wide concern with regard to the centers of gravity and tipping propensity acknowledged, critics have accused the manufacturer for failing to take into account the design features that allegedly make the Rhino particularly unstable.

Further, it has been reported that Yamaha has admitted dropping the ball with regard to discovering what happens to an occupant if, and when the Rhino is up-ended.

More YAMAHA RHINO News
The latter is akin to the images we've all seen of crash test dummies, and how such a representation of occupants are carefully studied and analyzed within the context of controlled crashes. Such data is then taken into account in the overall design of the vehicle, before it is released to the market.

Yamaha has apparently admitted that such dynamic testing to find out what happens to the occupant(s) in the event of a rollover, was not done. This appears to contravene protocols with regard to a moral obligation to design out flaws and hazards that are foreseeable. By failing to determine what happens to an occupant when a Rhino rolls, Yamaha would not have been able to foresee what is now happening to thousands of unsuspecting, and well-meaning consumers.

A case, perhaps, of 'what you don't know can't hurt you.' For Yamaha. Except that it's hurting everybody else…