Summer is supposed to be a fun, carefree time for youths. They have two months without the stress or tedium of school, two months to enjoy life and be out in the sun without a worry in the world. Unfortunately, all too often those two months of fun end with the tragedy of an ATV rollover.

The problem with many ATV accidents is that they seem to come out of nowhere. Despite the commonly held belief that those involved in ATV accidents must have been driving too fast or performing dangerous maneuvers on the machine, many rollovers happen under innocent circumstances. In some cases, it was simply an employee at a dealership moving a Yamaha Rhino from one location to another on the lot. In other cases it can be as simple as a family going for a ride on their ATV. 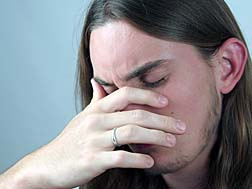 Imagine it. You walk out the door with your family for a short ATV ride, but one of you does not come home. Or, your child says that he is going for a short ATV ride but does not return on time. Sadly, that is exactly what too many parents and their children are going through.

In late July, a 14-year-old boy from Las Vegas was killed in an ATV rollover accident. The boy, who was following family members down a road on a full size ATV, got stuck in a pit, causing the ATV to roll over. The boy was wearing a helmet when the accident occurred, but he was pronounced dead at a medical center. The Chief Deputy with the local sheriff's office says that he does not believe speed was a factor in the accident.

ATVs are heavy machines. When they rollover, they can easily pin a rider underneath, causing life-threatening injuries. An 11-year-old girl died on July 28, after the ATV she was riding in rolled over. The ATV apparently hit a curb and rolled onto its right side, trapping the young girl underneath.

Those who are lucky enough to survive their ATV accidents may still face extremely painful injuries, including broken bones, neck and back problems, and head injuries. Many are traumatized after the accident, finding it difficult to even ride in regular vehicles for fear of an accident. Some suffer lifelong injuries and face multiple surgeries.

More ATV ROLLOVER News
According to the Idaho Statesman, between 600 and 900 people die each year in ATV accidents, with children accounting for approximately one in every five ATV related deaths. Furthermore, over 146,000 people visit hospital emergency rooms for injuries related to ATV accidents. While some of those accidents are caused by human recklessness, it is unfair to assume that is the case with all ATV accidents.

Many ATVs are prone to rollover accidents because of their design. Some have a high center of gravity and a narrow wheelbase, which automatically makes them a rollover risk. Despite that, not all ATVs are designed with proper safety features, making them that much more deadly.

If you or someone you love has been harmed in an ATV rollover accident, contact a lawyer to discuss your legal options.