Most people think of summer as a great time to spend outdoors, enjoying life. For many people, that outdoor time involves riding their ATV. Unfortunately, every year people are killed when their ATV is involved in a rollover accident. Those that survive their accident are often left with serious, permanent injuries. People who have been involved in rollover accidents are now investigating lawsuits against ATV makers, alleging that the vehicles all poorly designed and not equipped with proper safety gear.

The sad truth is that many people die every year in ATV rollovers. The news is already filled with stories of ATV accident-related deaths, and it is only June. There are still three months of nice outdoor weather, where people young and old will hop on their ATVs for a ride. 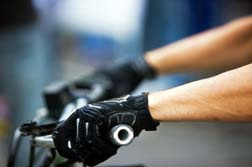 Here is a sample of the accidents that have occurred in recent days:

June 22—A 27 year old male was killed when his ATV rolled over on top of him in Colorado. The man was pronounced dead at the scene of the accident.

June 20—A 59 year old grandmother was killed and two young girls were injured in an ATV rollover. The woman was driving uphill and attempted to make a turn when the ATV rolled over. The two girls were thrown from the ATV.

June 20—A 17 year old female was flown to an Ohio hospital after she was injured in an ATV rollover.

June 12—A 36 year old female was sent to hospital after her ATV rolled over. The woman suffered serious head injuries in the accident.

June 10—A 16 year old female was killed and a 15 year old male was injured in California when the ATV they were in rolled down an embankment, and flipped over on the driver.

According to The Oregonian, since 2004, 69 fatalities involving ATVs have occurred in Oregon and Washington. Victims ranged in age from six years old to 95 years old, with 22 fatalities under the age of 18. Although speed and alcohol were a factor in some fatalities, they certainly were not factors in all cases.

More News
These are just a sampling of the people who have died in the past few years while riding ATVs. There are many more stories of people who have been killed or seriously injured in ATV rollover accidents. Sadly, ATV are prone to rollover accidents because of their design: they generally have a high ground clearance (which also means a high center of gravity) and a narrow base, which makes them more likely to roll over than other vehicles. Also, despite the name, "All Terrain Vehicle," ATVs are not actually meant for riding on all types of terrain.

Finally, not all ATVs are equipped with proper safety features, such as doors. In rollover accidents, riders' limbs can move out of the vehicle, making the risk of serious injury to that limb much higher.

ATVs may appear to be fun vehicles, but the truth is they can be deadly. Even experienced riders who follow the rules sometimes find themselves in a serious accident. If you or someone you love was harmed in an ATV rollover, contact a lawyer to discuss your legal options.

If you have suffered losses in this case, please send your complaint to a lawyer who will review your possible [ATV Lawsuit] at no cost or obligation.
Request Legal Help Now