ATV: Hazardous to Your Health

They put warning labels on cigarette packages. Why can't they put them on ATVs, extolling the fact that ATV accidents can be hazardous, with the potential for injury and death?

You can't buy a package of smokes today without being greeted with some kind of warning against the evils of tobacco and nicotine. No fine print here. They're big and bold, and practically shout at you every time you light up, that smoking kills. 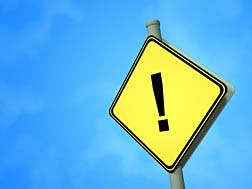 In Canada, government has legislated the requirement for graphic, full-color photos of rotting teeth, wrinkled skin and blackened lungs. They're right there for the entire smoking world to see, and they're not pretty.

So why don't ATVs have disclaimers?

Many critics will argue that they should, given the numbers of people who have been horribly injured, or who have lost their lives while riding on, or in an ATV.

In the case of the Yamaha Rhino, the popular side-by-side ATV has alleged design flaws that make the unit top-heavy and tippy, with a high center of gravity and narrow tires. There have been reports of Rhinos rolling over while traversing rough terrain—but there have also been reports of the Rhino rolling on relatively flat surfaces, and driven at slow speeds.

Part of the problem appears to be the recreational market that has grown for the ATV. A useful mode of transportation for farmers, ranchers or even police officers required to patrol far-flung and remote areas a patrol car—or even a horse—could not access, the real sales mushroom for the ATV is seen in recreational sales.

Translation: the market that is the largest, and with the greatest potential to operate such challenging units without proper training, or without knowing the real risks.

Do the manufacturers care? Not with the kinds of sales they are seeing for the ATV. And yes, there are disclaimers in some advertisements, and yes the manufactures state that helmets must be worn, and that passenger restraints (in the Yamaha Rhino, for example) must be used.

Critics of the Yamaha Rhino ATV have been clamoring for years, for design changes—addressing real concerns such as the unit's center of gravity, the placement of the wheels, the thin tires and the suspension. But none have been forthcoming. Meanwhile, the ATV accidents continued. The only olive branch extended by Yamaha was the offer, last year, to retrofit all existing Yamaha Rhinos prior to the 2008 model year with half-doors free of charge (beginning with the 2008 model year ALL Rhinos come equipped with half-doors as standard equipment).

While the half-doors help to keep legs inside the unit, there is little to prevent an arm, or even a head to flail out of the unit during a rollover, with often-tragic results.

The most tragic news of all comes when a child is killed while operating, or riding in an ATV driven by inexperienced operators.

It would be, and should be incumbent upon any owner of an ATV—Yamaha Rhino, or otherwise—to become totally familiar with the unit, and seek proper training. The manufacturers could step up to the plate and actually offer free training, through their dealerships, as a prerequisite for owning an ATV. In other words, you can't buy it unless you meet the criteria.

But beyond that, manufacturers need to address the design issue. Yamaha has long been criticized for the alleged design flaws inherent with its Rhino ATV series. And yet there has never been a recall.

More ATV ROLLOVER News
One wonders if a sign affixed to the door of the ATV that says "This vehicle could leave you dead, or seriously injured" might help prevent the scores of injuries from ATV crashes that have been seen.

But then, how would the presence of such a sign affect sales?

The tobacco lobby did everything in its power to prevent legislators from requiring stark warning labels for its products, but they lost the fight and the public good, in this instance, has been protected.

However, there doesn't appear to be anything, save for an ATV lawsuit, protecting consumers from the dangers of ill-designed ATVs.

There's a presidential election coming up. Perhaps now is the time to lobby the candidates for change in how ATVs are regulated, and the ultimate responsibilities of the manufacturer.

Until then, the only recourse is through the courts of law.

If you have suffered losses in this case, please send your complaint to a lawyer who will review your possible [ATV Lawsuit] at no cost or obligation.
Request Legal Help Now