With the long weekend over, more news is coming in about fatal ATV accidents that occurred in the past three days. Sadly, there were many ATV accidents this weekend. Some claimed the lives of adults, while others took the lives of teenagers and children. Those who survived their ATV rollovers will likely have serious injuries to recover from, not to mention emotional distress from their accident.

In one county in Pennsylvania, two ATV accidents resulted in three deaths, all on the same day. According to local news, two ATVs traveling east collided with two ATVs traveling west, killing two people and seriously injuring three others. Meanwhile, one man died when he lost control of his ATV, hit an embankment and was ejected from the vehicle. Although he was wearing his helmet, the helmet came off during the accident. The cause of death listed was multiple blunt force traumas to the man's chest and abdomen. Witnesses reported that the man lost control of the ATV while making a slight right-hand curve. 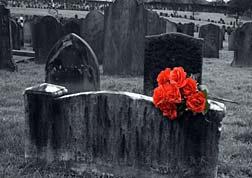 Also over the long weekend, two teenage girls were injured when the ATV they were riding rolled over. One girl was severely injured while the other's injuries were not as serious. The girls were riding on a trail when the ATV went off the road and rolled down a hill. Alcohol has already been ruled out as a factor in the accident and investigators are trying to determine why the ATV rolled over.

More ATV ROLLOVER News
According to the Williamson Daily News, there are far too many ATV-related deaths in West Virginia alone, not to mention the rest of the country. The article notes that, although the number of ATV fatalities is down from the past few years, "…it still works out to about one death every 12 days or 2 ½ each month. At the current rate, about 30 ATV fatalities can be expected by the end of 2008, and between 16 percent and 20 percent of those fatalities will be children."

Too many lives are lost each year because of ATV accidents. And, while some of the accidents are due to misuse by ATV owners and operators, other accidents are caused by ATVs that roll over too easily or do not carry proper instructions about how they should be used. Some ATVs carry warning labels that are far too general and only state that the ATV should be driven at low speeds, not mentioning what is considered a low speed.

If you or someone you love was harmed in an ATV rollover accident, it is possible that the accident was caused by the ATV's faulty design or a lack of safety features. Contacting a lawyer would be a good first step in determining if the maker or the ATV can be held liable for any harm caused in the accident.