To say that a whistleblower cost a major pharmaceutical company $1.4 billion detracts from the value of whistle blowing as a major support protecting the safety and interests of consumers. How else might we have known about the alleged wrongdoings of Big Pharma giant Eli Lilly with regard to the marketing of Zyprexa? Whistleblowers perform a valued service, and the Whistleblower Act helps to protect them, while they are protecting us. 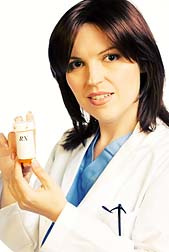 This week it was confirmed that Eli Lilly would be shelling out $1.4 billion to settle legal and criminal charges with regard to the illegal marketing of Zyprexa. And that's only part of Eli Lilly's financial liabilities. In October the manufacturer agreed to pay $62 million to settle consumer protection claims related to Zyprexa in 32 states and the District of Columbia. A total of $15 million was paid to the state of Alaska to settle a separate claim, and $1.2 billion was awarded to some 31,000 Zyprexa plaintiffs.

There are still some claims outstanding. However, all those payouts combined don't come close to Zyprexa sales for the first 9 months of 2008, which totaled $3.5 billion. The blockbuster anti-psychotic drug has sold a whopping $39 billion worldwide since first appearing on the market in 1996.

No tears for Eli Lilly, which was actually expecting this settlement and set aside the funds last year for it.

It was reported that Eli Lilly was admitting no wrongdoing, despite agreeing to the settlement. However, media reports including the publication of several internal Eli Lilly email messages that were published in the New York Times in 2006, allegedly demonstrated Lilly's years-long attempts to play down dangerous Zyprexa side effects, while promoting it to doctors for unapproved uses.

While doctors have always had the right to prescribe drugs for off-label purposes (indications for which they were not approved by regulators), drug manufacturers do not have that right. However, a collection of email messages from 2000 detailed warnings from a group of diabetes doctors that Eli Lilly had retained to advise them with regard to potential links between diabetes and Zyprexa use.

Those emails, which were not favorable to Eli Lilly, grew into a legal headache for the doctor who made them available to the media. Dr. David Egilman, a physician and clinical professor at Brown University in Massachusetts, released the electronic documents to the New York Times in a classic act of whist blowing in 2006. For his courage and concern, Dr. Egilman had to later agree to pay Eli Lilly the sum of $100,000 in return for Lilly's agreement to drop their threat of criminal sanctions against him.

When Zyprexa was originally brought to market in 1996 it was hailed as a significant breakthrough in the arena of antipsychotic drugs. However, it has since been established that Zyprexa is no more effective than older drugs that sell for less, and present fewer side effects.

To that end a government study that came out in September found that Zyprexa was no more effective in children than an older drug, but caused more serious side effects. The weight gain experienced by children prescribed Zyprexa was such that monitors riding shotgun over the research study pulled the kids off the drug.

And yet Eli Lilly urged doctors to use Zyprexa for the treatment of disruptive children. The message must have gotten through, because Zyprexa use in children is found to have soared over the past decade. The severe weight gain, coupled with other metabolic disorders, seemed to fall under the radar of the company.

Another aspect of Eli Lilly's troubles related to its alleged marketing tactics with seniors. The New York Times reported that in one marketing effort Lilly actively promoted Zyprexa to geriatricians as a means to sedate troublesome nursing home residents. Zyprexa makes some patients sleepy. Even though Zyprexa was found to increase the risks for sudden death, heart failure and pneumonia in patients with dementia-related psychosis, Lilly allegedly urged its use amongst geriatricians to reduce "nursing time and effort."

Those allegations are founded in the observations of former Eli Lilly sales rep Jaydeen Vicente, who recalls the distribution by him and other sales colleagues of a Lilly study that made the case for Zyprexa. Elderly patients who were treated to a Zyprexa cocktail "required fewer skilled nursing staff hours than patients prescribed other competing medications," according to the California state whistleblower lawsuit. Lilly claimed that using Zyprexa on the elderly would reduce "caregiver stress.

"In truth," the Vicente lawsuit stated, "this was Lilly's thinly-veiled marketing of Zyprexa as an effective chemical restraint for demanding, vulnerable and needy patients."

Zyprexa only carried US Food and Drug Administration (FDA) approval for treatment of schizophrenia, and the mania and agitation associated with bipolar disorder. That's it.

Thus, any attempt by Eli Lilly to promote Zyprexa to doctors for off-label use would be a clear violation of the statutes governing that activity. To that end, it has been reported that Eli Lilly will plead guilty to one misdemeanor violation of the Food, Drug and Cosmetic Act as part of an overall settlement that is expected to be unsealed Tuesday.
Details of the settlement agreement, considered one of the largest in whistleblower history, originated from individuals close to the issue.

More WHISTLEBLOWER News
It should be noted that while sales revenue for Zyprexa increased in the first 9 months of 2007 compared with the same period a year prior, prescription levels actually dropped. The shortfall, therefore, was made up when Lilly upped the price of a single pill to nearly $25, according to dosage.

Lilly set aside the $1.4 billion fund for the expected settlement back in the Fall, which on the surface appears like a drop in the bucket compared with total Zyprexa sales for 2007 at $4.8 billion. Eli Lilly total revenue for that year was $18.6 billion.

The whistleblower performs a valued service when he, or she sees or hears something that could be putting people and patients in harm's way. While whistle blowing to some could be interpreted as one's 15-minutes of fame, more importantly it helps to protect the consumer. The Whistleblower Act is there to help protect those who dare speak up.