It was supposed to have been a routine high school band trip, but a truck accident turned the day into a tragedy. Five people died in the trucking accident, which happened when the bus they were riding on struck a semi truck that had flipped over and was on its side, blocking the highway. Thirty-five others were injured, including the truck driver, who sustained minor injuries.

The National Transportation Safety Board (NTSB) has now released a report on the accident, which occurred at around 2:00 a.m. in 2005. The NTSB says that the truck driver likely fell asleep at the wheel and the truck drifted to the shoulder of the road. The driver then swerved back onto the road resulting in his truck flipping over. The truck driver was driving on a suspended license. 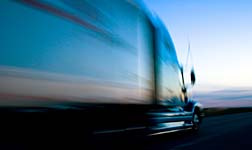 According to the report, "…the driver of the truck-tractor semitrailer was fatigued and fell asleep at the wheel because he did not use his off-duty time to obtain sufficient sleep to safely operate the vehicle. With the low-light conditions of a dark night, the motorcoach driver was unable to see the truck blocking travel lanes in time to avoid the collision."

The family of one of the people killed in the accident—a student teacher—has filed a lawsuit against the truck driver and Whole Foods, the company that the driver worked for. At least 9 other civil lawsuits have also been filed regarding the crash.

As a result of the report, the NTSB has called for trucking companies to enforce that their drivers get sufficient rest. The organization has also recommended that the government mandate the use of alarm systems to warn exhausted drivers. One such alarm system includes a dashboard-mounted camera that tracks a driver's eyelid movements and sends an alert when the driver appears to be falling asleep.

The NTSB has also recommended that the National Highway Traffic Safety Administration study active braking technology (that would engage the brakes in the event of an impending collision) and electronic stability control systems to determine whether or not such technology would be effective at reducing trucking accidents.

More TRUCKING ACCIDENT News
Too many trucking accidents have been caused because truck drivers, either of their own doing or because of company expectations, are too tired and fall asleep at the wheel. "Human fatigue has been a persistent factor in far too many transportation accidents," said NTSB Acting Chairman Mark V. Rosenker in a press release. "And if anything, the problem is growing not shrinking." In fact, one NTSB researcher estimated that one in eight truck accidents is related to fatigue.

It may seem benign enough—you assume that when a truck driver realizes he is tired, he will pull over to the side of the road. But fatigue can sneak up on anyone, even a truck driver. It is up to truck drivers and the companies they work for to ensure that they are properly rested and the highways are free of exhausted drivers.

If you have suffered losses in this case, please send your complaint to a lawyer who will review your possible [Truck Accident Lawsuit] at no cost or obligation.
Request Legal Help Now