Doctors Weigh in on Permax Recall

On March 29, 2007, the FDA withdrew Permax (pergolide) from the market because it increases the risk of valvular heart disease. It was the right thing to do, according to leading research physicians.

In a New England Journal of Medicine report, Permax, used to treat Parkinson's disease, can seriously damage heart valves. Some medical experts are now advising patients who have taken these drugs to undergo testing to determine whether they have been adversely affected. 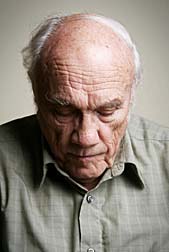 Black Box Warning
Before the recall, Permax already carried a black-box warning label -- the strongest warning required by the Food and Drug Administration. The warning stated: "Some patients have required valve replacement, and deaths have been reported."

"With a warning like that," one patient wonders, "Why didn't they recall it sooner?"

Risk "Extraordinarily High"
Dr. Bryan L. Roth, who wrote an analysis of the research that accompanied the articles in the medical journal, called the risk of valve disease "extraordinarily high." Dr. Roth is a professor of pharmacology and medicinal chemistry at the University of North Carolina School of Medicine.

"Why would you want to subject your patient to this kind of risk?" asked Dr. Roth. "I wouldn't." Dr. Roth added that the drugs produced the same kind of valve damage caused by the weight loss combination fen-phen, which led to recalls in 1997.

Dr. Michael S. Okun, the medical director for the National Parkinson Foundation, stressed that safer, equally effective drugs are already available. Dr. Okun, who was not involved in the two studies, also expressed concern that doctors in poorer countries might favor the drug Dostinex (also implicated in the study) because it is cheaper than some other Parkinson's drugs.

Dr. Okun hopes that doctors outside of the US will realize that the old Parkinson's standby drug, L-dopa or levodopa, is an economical alternative that has never been known to damage heart valves. "I would just recommend not prescribing these drugs," said Dr. Roth.

The New England Journal of Medicine cited a study from Milan which found that 23 percent of those taking Permax had damaged heart valves, compared with about six percent of control subjects not taking the drugs. The journal also featured a study based on the records of more than 11,000 patients with Parkinson's disease in Britain. That study found that valve problems were seven times as likely in people taking Permax as in control subjects.

Both studies also found that the valve problem is much more common than initially thought.

Thousands Affected
About 73,000 prescriptions were written for Permax last year, according to IMS Health, which tracks drug sales. Thousands of patients are now meeting with their physicians to determine new courses of drug therapy for this baffling disease. These patients are left with deep concerns about the safety of FDA-approved medications, as they work with their doctors to assess whether their own heart valves have been damaged by their Permax use.

If you or a loved one has experienced heart problems after taking Permax, please contact a [Permax Lawyer] who will review your claim at no cost or obligation.
Request Legal Help Now