Ortho-McNeil introduced the Ortho Evra birth control patch in 2002. At that time, many women and their doctors were excited, thinking of it as a major contraceptive breakthrough. Whereas a woman on birth control pills had to take one daily, the Ortho Evra patch would be applied to the skin once a week.

Although this was highly convenient, it soon became apparent that there was a serious risk of side effects with the Ortho Evra patch. Between 2002 and 2004, there were at least 30,000 reports of women who suffered adverse side effects from using Ortho Evra, including heart attack, blood clots, stroke or death. 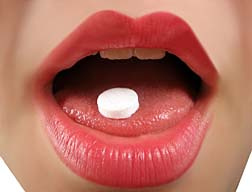 Ortho Tri-Cyclen, the top-selling birth control pill, has six-times as many users as Ortho Evra, but it does not have nearly as many side effects. Users of the pill reported fewer than 1,300 adverse events over a six-year period, compared with more than 9,000 reports from Ortho Evra users over a period of a year and a half. At this rate, the number of patients reporting Ortho Evra side effects was nearly 28 times higher than with birth control pills.

More News
The increased risk of blood clots with the Ortho Evra patch places Ortho Evra users at an increased risk of several potentially deadly conditions, including deep vein thrombosis, heart attack and stroke. If a blood clot forms in the body, it can become loose and travel to another part of the body, causing a heart attack or stroke to occur. A number of women who died while using the Ortho Evra patch were injured after a blood clot became loose in their bloodstream.