November 20, 2001: Ortho-McNeil wins Food and Drug Administration approval for the Ortho Evra birth control patch, an adhesive patch that releases the hormones progestin and estrogen into a woman's body.

April 2002 to December 2004: There are nearly 30,000 reports of women suffering birth control patch side effects. 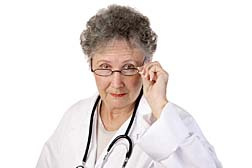 November 2003: A gynecologist in Las Vegas states that Ortho Evra is the most popular form of birth control among her patients.

October 2004: An investigation shows that the FDA has received more than 9,000 reports of adverse reactions to the Ortho Evra birth control patch in just 17 months.

April 2005: An 18-year-old fashion student collapses and dies on a subway platform on her way to the hospital. She had been suffering dizziness, headache and pain in her leg; an autopsy will later show that a blood clot had moved up to her lung. The medical examiner determines this to be an Ortho Evra birth control patch side effect. It is the first death publicly associated with Ortho Evra.

August 2005: A nationwide class action lawsuit is filed against Ortho-McNeil and its parent company, Johnson & Johnson, for injuries linked to the Ortho Evra birth control patch.

September 20, 2006: The FDA updates the Ortho Evra birth control patch warning label on the basis of a study showing that women on the patch are twice as likely to experience blood clots.

December 20, 2006: Dr. Joel S. Lippmann, an employee at Johnson & Johnson for 15 years, is fired after repeatedly raising concerns about the safety of Ortho Evra and other products.

February 2007: The i3 Drug Safety Group concludes its study involving 98,000 women who used transdermal contraception (such as Ortho Evra) and 250,000 who used the pill. The study, published in the journal Obstetrics & Gynecology, confirms that those who wear the patch are two times more likely to suffer blood clots.