In December of last year the US Food and Drug Administration (FDA) issued a black box warning for Oral Sodium Phosphate (OSP) over concern for kidney failure. However the warning came nearly three years after the FDA first issued a health alert about OSP, and allegedly 9 years after the agency was first alerted to the possibility. 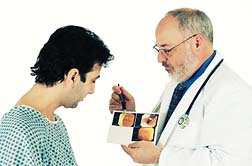 Anyone who has ever had a colonoscopy or similar medical procedure has also had experience with an OSP. The latter are products used to cleanse the bowel before the procedure can occur. The concern that eventually fostered the adding of a Black Box warning to the product is the onset of acute phosphate nephropathy (APN), a type of renal failure that involves the kidneys.

The warning, issued on December 11th of last year by the FDA, follows a health alert that originally surfaced in March 2006. At the time a total of 21 cases of APN were on the books, 17 of which were diagnosed with chronic renal failure. According to reports there have been additional cases of APN since that time, prompting the FDA to mandate the Black Box warning late last year.

However, critics say the FDA waited far too long—and not just from 2006, either. Reports suggest that the risk for APN was known to the FDA as far back as 2000 or even earlier. It has been reported that Braintree Laboratories petitioned the FDA as far back as August 2000 to allow OSP products to be available only by prescription, as well as beefed-up boxed labeling to warn consumers and the medical community at large that there were risks associated with OSPs.

According to reports the FDA decided to deny the petition on grounds there was insufficient evidence and chalked the issue up to insufficient communication from a patient's physician with regard to proper methodology regarding product use.

The FDA was again petitioned in September 2007, before finally responding in December of last year.

ACN is a rare form of injury to the kidney that is said to increasingly affect OSP users over the age of 55, those who are hypovolemic or suffer from decreased intravascular volume. Additionally, persons who suffer from baseline kidney disease, bowel obstruction or active colitis are considered to be at risk.

Acute Phosphate Nephropathy is associated with deposits of calcium-phosphate crystals in the renal tubules and while rare, serves as a heightened risk to anyone using medications that impact renal perfusion or function.

More ORAL SODIUM PHOSPHATES News
Some of the OSPs that have been identified include Visicol, OsmoPrep, and Fleet Phospho-Soda. The manufacturer of the latter product as well as Fleet Bowel Prep—C.B. Fleet Company—triggered a voluntary recall of its over-the-counter OSP preparations after the FDA warnings were issued.

However that would not have helped the thousands of patients who would have been required to use some of the products at issue in relation to a colonoscopy during the handful of years the FDA allegedly dragged its feet since learning of potential risks in 2000. Acute renal failure associated with both prescription and over-the-counter OSP products can be both life-altering and in the most serious cases, life-threatening.

If you have suffered losses in this case, please send your complaint to a lawyer who will review your possible [Oral Sodium Phosphates Lawsuit] at no cost or obligation.
Request Legal Help Now