Student Workers' Wages Withheld Unlawfully While Working in the US

Several student workers heralding from areas of the world such as Asia, Eastern Europe, and Latin America were denied earned wages including overtime pay. This is in direct violation of New York Employment Law. In addition, some of the youthful guest workers were required to pay room and board from their paycheck.

Resort cities were the targeted destination of the student workers who were the victims of the New York Employment Law violation. Most spent money of their own they had saved to reach their destination to earn money during the summer. 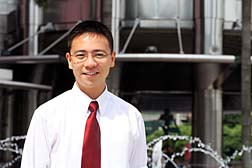 A New York investigation has been started by the state concerning the situation. So far, almost 200 student workers from various countries are the victims of multiple companies of the resort areas in upstate New York. For the New York Employment Law violation, the employers have been required to repay all wages owed retroactive. This also includes fines and interest the state demanded be paid to the student workers.

A few of the companies are filing an appeal regarding the decision. Nearly 180 student workers who were employed by the companies for the period of 2002 through 2006 are continuing to wait for $103,000 in wages owed to them. The National Labor Committee is outraged by the occurrence and has deemed the act to be criminal. Director Charles Kernaghan for the National Labor Committee is concerned about the negative light this will cast on the United States in foreign countries. He views the students as ambassadors for their countries. This will not bode well for the United States' image throughout the world.

On a national level, The Southern Poverty Law Center has determined through reports that legal guestworkers are vulnerable to being misused and exploited by companies. One of its reports from 2007 shows several workers were guaranteed better income than what they received. Also, they were given less work that what was originally offered to them. The most current information in 2006 from the U.S. Department of State shows there were 600,000 foreign guest workers in that year alone and they were given visas to the United States. This figure doesn't account for athletes, entertainers, and professional workers. A portion of the workers incurred debts from $500-$10,000 just for the opportunity to come to the United States to work. Some of the workers are finding it next to impossible to climb out of these debts.

More News
A 22 year old Taiwanese student made her journey to work at a Six Flags park in St. Louis, MO in 2006. The room she was provided with boarded three workers rather than two as she had been assured before her arrival. Also, buses only ran twice per day for international student workers. One bus picked up the workers at 10:30 a.m. and then dropped them off at 10:00 p.m. This would not have been such a problem if the living quarters for the student workers hadn't been located so far away. This really caused workers a great deal of exhaustion. They either worked overtime or would have to wait until the bus arrived in the evening. Six Flags has engaged in talks with the student workers to try to get to the bottom of the matter. Another employment agency hired the workers which may have led to a gap in communication.

As few as 15 workers have received their pay from Lake George area hotels along with additional businesses cited in the Labor Dept. investigation. There are three employers who are appealing the department's ruling. The companies are claiming the U.S. government went along with deducting housing expenses from their paychecks. Also, some are emphatically implying that some of the work dates are incorrect as well.

If you are employed in the State of New York and feel that your employer or a co-worker has violated an employment law, please contact a lawyer involved in a possible [New York Employment Law Lawsuit] to review your case at no cost or obligation.
Request Legal Help Now