Ezetrol: Zetia by Any Other Name...

Canadian visitors to LawyersAndSettlements may wonder about all the recent uproar around Zetia, Merck Pharmaceuticals' costly and quite possibly ineffective anti-cholesterol drug, and its offshoot Vytorin, the combination Zetia/simvastatin (Zocor) drug produced jointly by Merck/Schering-Plough. Vytorin, of course, was the subject of the recently released ENHANCE test results. Those results indicated that while Zetia in combination with simvastatin (i.e., Vytorin) did enhance lowering of LDL (bad) cholesterol, the combination drug did no better than simvastatin alone in reducing users' artery plaque, and therefore their risk of heart attack and stroke.

Zetia and Vytorin may be unfamiliar names to Canadians, because neither one is sold in Canada. That's the good news. The bad news is called Ezetrol. 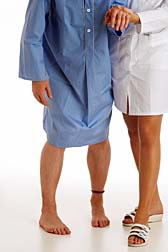 And there are plenty of warts. Ezetrol first went on the Canadian market in June 2003. Since then, Merck Frosst, in consultation with Health Canada, has twice had to issue updated safety information about Ezetrol's now well-known side effects such as myalgia (muscle pain), muscle breakdown (rhabdomyolysis), hepatitis, and pancreatitis, as well as prescribing precautions.

The biggest wart of all, of course, appeared in January with the long-delayed release of the ENHANCE results. Those results indicated that Ezetrol, either alone or in conjunction with statin drugs, may well do nothing to reduce your risk of heart attack or stroke. If you're known to be at risk, a medication that does nothing to reduce risk essentially increases your risk—and you pay good Canadian dollars for it.

Canadians have been spared some of the grosser aspects of the Zetia/Vytorin affair. They have not been subjected to the companies' cute, cheerful direct-to-consumer television advertising that pumped up Zetia sales in the United States. Nor have they been offered the dubious blessings of Vytorin, the Zetia/simvastatin combination drug under some other name. That alone may have reduced the numbers of Canadians using Ezetrol/Zetia.

However, Ezetrol users have suffered the same delays in receiving post-market safety information as their American counterparts; they have continued taking Ezetrol for the past two years while Merck/Schering held back the ENHANCE test results; and all along they have incurred the increased risk of heart attack and stroke resulting from taking a so-called "heart drug" that may well be no use at all.

Canadians sometimes pat themselves on the back for being more polite and less litigious than their neighbors to the south. As slow to anger as Canadians may fancy themselves, however, the time for patience and politeness is long gone if you're an Ezetrol user. Currently, an Ezetrol class action suit is being formulated on similar grounds to the many already under way in the US. If you are a current or former user of Ezetrol, the time to join is now.

If you or a loved one has suffered a heart attack or stroke while taking Ezetrol or Zetia, please contact a lawyer involved in a possible [Ezetrol, Canada Lawsuit] to review your case at no cost or obligation.
Request Legal Help Now

Posted by
J. Lanoue
on July 4, 2012
Any cases of bladder cancer caused from using Ezetrol?