Will Botox Leave You Divine, Damaged or Dead?

Are the FDA reports of Botox-caused death and paralysis enough to deter the millions who use the drug as a beauty tool? Let the numbers speak for themselves. Allergan, the manufacturer of Botox, posted a 24 percent leap in its profits in its 2007 fourth quarter alone. For 2008, they are targeting $1.37 billion of the cosmetic enhancement pie.

That makes this wrinkle-remover the number one nonsurgical cosmetic medical procedure in the United States, spawning Botox parties, Botox house calls and a Botox-on-the-go boutique in Manhattan. Yet 16 people have died and hundreds seriously injured, charges the FDA and advocate group Public Citizen. Out of the millions who have injected Botox—which is botulism toxin--into their faces, what are the chances of making that list of casualties? One death is one too many. 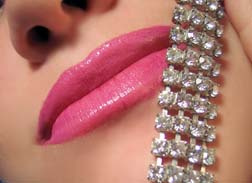 Divine, damaged or dead? It's not a trick question. If those choices don't deepen a wrinkle, squinting to read the fine print legal disclaimer in Botox ads might. Who wants to hear that this miracle face smoother, a.k.a botulinum toxin type A, is a purified form of a deadly poison which contains albumin, a derivative of human blood. But chances of catching a blood-borne viral illness is, according to Allergan, extremely remote.

Allergan has, however, admitted that there has been the rare occurrence of adverse affects on the cardiovascular system "with some fatal outcomes", as well as blockage of the gastric passage--which prevents swallowing, and ulcers of the cornea from paralyzed eyelids. And yes, it was acknowledged as far back as 2003 by company spokesperson Christine Cassiano, it may kill.

If potential or current Botox users take a few moments to read comments posted by bloggers and forum visitors, they will at least be forewarned of the major concern surrounding Botox injections. Botox works by paralyzing the area around which it is injected but its freezing effect is known to spread to other areas, including the neck and throat, raising the risk of incapacitating the esophagus.

One woman reported developing, weeks after her injection, brown bruising and swelling that created a sunken appearance in the orbital rims, ultimately adding 10-15 years to her appearance. Another loved the rejuvenating effect of the treatment until a few days later; she became dizzy, nauseated and was bedridden with headaches for 8 weeks. Even celebrities have had their decisive moments: actress Angelica Huston swore off Botox when the toxin froze her face, left her writhing in pain and out with a headache for four days.

But the legions who swear by this miracle in a bottle brush past the warnings. On the other hand, they watch out for each other. They may shrug at Public Citizen's calls for black box warning labels on the bottles and for the handing out of consumer-friendly literature by doctors during the session, but they are quick to share their knowledge of where potential danger may lie. One blogger told of wanting to save money by having the injection done at a mall spa. She noticed the needle wasn't injected as deeply and that less of the product itself was used. Her best results came when the injection was administered by a plastic surgeon's assistant.

Allergan CEO, David E.I. Pyott, mirrors her discovery in the company's mandate that their sales force not sell to spas, or any organization lacking proven medical credentials. But who's to say what happens inside an approved facility?

In his book 'Dying to be Young', Dr. Eric Kaplan, a motivational speaker, tells of his brush with paralysis at the hands of a doctor. In November 2004, he received four facial injections of what he believed was Botox but what turned out to be research-grade botulinum toxin distributed by Toxin Research International of Arizona, supplier to 300 other doctors and injected into at least 1,000 other patients. Within four days Dr. Kaplan ended up in hospital, paralyzed, unable to speak, open his eyes or breathe without the aid of a ventilator. He had been administered by an osteopath, Bach McComb, whose license had been suspended in Florida, unbeknown to Kaplan, and who subsequently earned himself three years in prison.

Kaplan's advice to Botox users is to watch for the official Allergan hologram on the bottle, and go to a board-certified dermatologist or plastic surgeon. He is understandably seeking out natural alternatives to battling his aging looks.

More News
If real horror stories and sobering statistics of paralysis and possible death give you pause, there is another way to facial plump-ups and feel-good treatments--cosmetic acupuncture. This system trades a fat needle of chemicals for several holistic ones. Acupuncture facials improve circulation and unblock stuck energy. The strategically placed needles relax tensed muscles in clenched jaws, between the brows, around the mouth, and diminish under-eye bags. The needles penetrate the skin deeply and the body responds by producing collagen, the elasticity that skin loses as it ages. "My skin looks younger, smoother, brighter and uplifted," 50-year-old composer and soloist Jane Becker told the New York Times.

If you are still wavering, watch for these warning signs of a fatal form of Botox poisoning: dry mouth, difficulty swallowing, difficulty breathing, slurred speech, drooping eyelids and muscle weakness. And get yourself to a doctor, then call a lawyer.