It was on June 5th that GlaxoSmithKline (GSK), the maker of Avandia, released a communiqué that attempted to ease fears over Avandia risks for heart attack. The release, appearing in the media archive of the GSK.com site states that the "large, long-term study shows Avandia has no increased overall cardiovascular risk compared to other commonly used diabetes drugs." 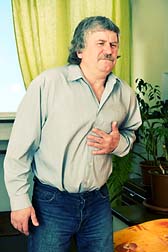 However Public Citizen, the public advocacy group, resumed its campaign against Avandia—this time for concerns over liver toxicity—and again called for an outright ban of what it calls a "dangerous drug."

On July 22nd Public Citizen released details of new research conducted by the advocacy group and published that day in the peer-reviewed Pharmacoepidemiology and Drug Safety. The study, said Public Citizen, "reinforces the case that the diabetes drug Avandia can cause death from liver failure and should be banned immediately by the Food and Drug Administration (FDA). Public Citizen petitioned the FDA to ban the drug in October because its risks, which include heart attack and heart failure in addition to liver toxicity, far outweigh its benefits and because much safer alternatives exist for treating Type 2 diabetes."

According to the July 22nd release, a total of 11 cases of severe liver toxicity were found related to Avandia use. "The cases were identified after careful analysis of MedWatch forms submitted between 1997 and 2006 to the FDA's Adverse Event Reporting System (AERS). "

More AVANDIA News
Public Citizen maintained in the communiqué that the majority of the 11 cases resulted in fatalities. "Because of low reporting rates to the AERS database, the 11 cases likely represent a small fraction of patients who developed liver failure because of the drug," said Dr. James Floyd, a Public Citizen health researcher and lead author of the study. "Our best estimate is that one case of liver failure occurs for every 44,000 patients who take Avandia."

"The research is yet another indication that Avandia is too dangerous to remain on the market," said Dr. Sidney Wolfe, acting president of Public Citizen as of July, director of Public Citizen's Health Research Group and co-author of the study. "The FDA's new leadership should demonstrate its commitment to public health by banning this drug, thereby preventing needless deaths and serious adverse events."