His would have been one of several obituaries in the Chicago Tribune this past weekend; to the average reader, just another name in a list of people suddenly no longer here. Sadly, Michael McLoughlin was only 63 when he died. But saddest of all, is the reason why he died: asbestos mesothelioma, which was traced back to when he was a boy. A BOY. And yet that asbestos exposure invaded his lungs and lay silent for decades, until he was diagnosed in February of last year. Less than two years later, asbestos cancer claimed him. 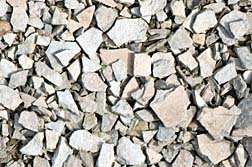 Such is the damning characteristic of asbestos exposure, a highly potent carcinogen that has the nasty habit of laying in wait, like a caged animal, just waiting for the right moment to pounce.

Even though asbestos has been around since before the turn of the previous century, only recently have the risks garnered sufficient public attention for regulators, and manufacturers to do something about it. The word asbestos came into its own in the lexicon of a society in the 1970's. Environmental crusaders attempted to have it banned, but failed. Manufacturers were mandated to protect their workers, but didn't.

Suddenly, workers that were exposed to asbestos over several decades are suddenly getting sick. But so too, it seems, are people who were exposed early on, either in their work life, or simply by being in the wrong place at the wrong time long enough, to make a difference.

Michael J. McLoughlin appeared to be in such company. This was a man who never held manufacturing jobs in his lifetime. He never toiled with asbestos fibers floating freely through the air for decades, as many who developed asbestos mesothelioma did, later in life.

McLoughlin, after serving his country in Vietnam, returned to begin a long and distinguished career as an executive with Sysco Food Corporation. His ascension to President of the Sysco operation in Saginaw, Michigan came just eight years after joining the company in the sales and merchandising division.

He held similar high-level positions with the company in Chicago, Portland and finally San Francisco, until his retirement in 2005. He had but a year's worth of well-earned retirement after decades of work and commitments, before his diagnosis.

Incredibly, throughout his tour of duty in Vietnam, followed by 34 years with Sysco Corporation, McLoughlin was never exposed to asbestos. He stayed active, and embraced the great outdoors. He indulged in his passion for dogs and horses, and always found time to ride his 1993 Harley-Davidson Fatboy. He was a healthy guy.

His, was not a life constricted by an incurable disease. And yet his early exposure to asbestos, as a young boy helping his father dismantle asbestos casings around old furnace pipes, provided the foundation for his death sentence some fifty years later.

Given the shrinkage of asbestos use over the preceding decades, focus among health advocates has now shifted to the asbestos removal industry. In Britain, a study that followed 31,302 asbestos stripping and removal workers through 2005 is finding some trends.

More ASBESTOS News
The study, published in the British Journal of Cancer, considered risk factors including, but not limited to dust suppression technique, type of respirator used, hours spent stripping, smoking status and exposure length. Deaths were elevated for all causes, and all cancers including lung cancer, mesothelioma, and circulatory disease. There were no significant differences between suppression techniques and respirator types. Spending more than 40 hours per week stripping, as compared with less than 10, increased mortality risk from all causes, circulatory disease and ischaemic heart disease. Elevated mesothelioma risks were observed for those first exposed at a young age, or exposed for more than 30 years.

Court dockets are awash in countless tales of wokers, dead or dying, after a decades-long exposure to asbestos. What has less profile, are those who were exposed at a young age, but not exposed subsequently. Such appears to be the case with the late executive who retired to his dream ranch in Montana, but had precious little time to enjoy it.

It proves that asbestos, as a killer, is no respecter of time.

If you have suffered losses in this case, please send your complaint to a lawyer who will review your possible [Asbestos Lawsuit] at no cost or obligation.
Request Legal Help Now

Posted by
Dave Chinn
on December 29, 2017
I was xrayed for asbestos and tested positive, the doctor said I had two benign for now lesions. Could these cause problems in the future? And am I considered an asbestos recipient? I told him I had a dry cough for years.