Before You Blow the Whistle—Read This

July 30 is National Whistleblower Day in the US 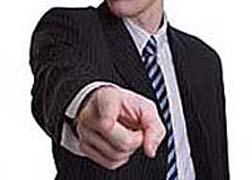 Some of the details of American security operations are simply embarrassing. In other cases, the activities are considered downright illegal.

Wikipedia defines a whistleblower as “a person who exposes misconduct, alleged dishonest or illegal activity occurring in an organization.” Whether that’s a good thing or a bad thing depends. In some quarters, Snowden is considered a hero - in others, he’s a traitor in breach of trust.

“The Snowden situation is an aberration,” says Stephen Kohn, the Executive Director of the National Whistleblowers Center (NWC) in Washington, DC, who probably knows more about whistleblowing than anyone on the planet.

“An employee like Snowden who goes outside his organization, and downloads all this information and takes it to the press, rather than going to a government agency,” says Kohn, “well, that’s an anomaly. That just doesn’t represent what usually happens in the US.”

Last year Congress voted to make July 30 National Whistleblower Day in the US.

Although some government officials would have preferred that Snowden kept the confidences he had access to, the fact is, in general, Congress does not like organizations, businesses and others that break the law.

The US government is keenly aware that most corporate wrongdoing goes unreported, and over the last 15 years, it deliberately strengthened the laws to protect and even encourage and reward whistleblowers.

According to statistics reviewed by the NWC, 70 percent of people who witness illegal activity in their organization either do nothing or report it only to a supervisor.

“If they are told to ‘do their job and shut up and just don’t get involved,’ the majority of employees back down at that point,” says Kohn.

“Only three percent will push on and go to the next level and the next level,” says Kohn. “Most try to get things resolved inside the country rather than taking it to the press or to a government entity.

“You have thousands of people every year who witness fraud and violations of the law and don’t report it,” says Kohn. “And if it doesn’t get reported, the bottom line becomes ‘crime pays.’ And that is a crisis in law enforcement.”

Whistleblowing is a risky business

Whistleblowing is a risky business, but Kohn and the NWC work hard to prepare and protect those who often say they simply feel compelled to the tell the truth.

“When a whistleblower comes to us at the NWC, we interview them and figure out what concern would offer them the most legal protection and precisely who you should tell,” says Kohn. “We can help the person make an educated decision about whether blowing the whistle is worth it.”

Kohn, an attorney who has been working with whistleblowers for decades, is the author of the Whistleblower’s Handbook, a project sponsored by 20 whistleblowers who wanted better resources for people who tell.

About 1,000 people a year contact the NWC and about 600 or 700 are then referred to the Center’s legal defense team.

“A lot of people just charge forward without understanding the tremendous implications of what they are putting at risk,” says Kohn, who is an attorney and has been working with whistleblowers for decades.

“The reward laws say that you can collect only if you win and there is a proven violation,” explains Kohn. “And it has to be so significant that the government stands to collect a significant amount of money. For example, in securities fraud cases, there must be a million-dollar sanction by the government before there is a payout to the whistleblower.

“Who you report to and how you express your concern become gigantic threshold issues,” says Kohn, who recommends that people contact the Center before they even contemplate singing like a canary.

The laws that provide rewards to whistleblowers are relatively new. But already large business entities and business organizations like the American Chamber of Commerce are battling back.

The idea that the piper will likely have to be paid, plus the added pain of the loss of an organization’s reputation in the marketplace and with regulators, actually scares big organizations, unlike the previous set of laws that provided things like job re-instatement and back wages to legitimate informers.

“Under the reward laws, employees can make a lot of money by turning in wrongdoers. It is actually the best way for whistleblower law to alter the behavior of large institutions. They are afraid of the reward laws,” says Kohn.