Fifteen years ago, Jane Turner was marched out the front door of the FBI office in Minneapolis, Minnesota. “There,” the FBI said to her, “You’ve had a good career Jane, now it’s over.” 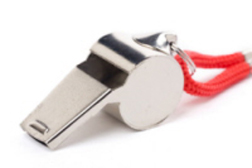 Indeed, she had had an excellent career. Turner was among the first tide of women admitted to the ranks of the FBI. She’d worked on serial killer cases, she had expertise in crimes against children and interviewing sex offenders. She had even once been loaned to law enforcement in Canada to work as a profiler in a notorious child killer case.

But Jane Turner was a whistleblower. Not once, but twice she had reported on colleagues who had seriously failed in their duty. In one case, young lives were at risk. In both cases, the reputation and integrity of the FBI and its agents were on the line.


“It destroyed me to lose the job that meant so much to me,” says Turner.
“All along the way, I thought what all whistleblowers think. I thought the truth will rescue me. I thought I would get a call from somebody in charge, and they would say ‘oh good and faithful servant,’ thank you for making the bureau a better place.

“But it doesn’t happen,” says Turner.

In the 1990s, Turner was assigned to Minot, North Dakota, where the FBI has responsibility for, among other things, policing nearby Indian reservations.

The injuries were so horrific that the doctor said the event had “traumatized” her staff.

“The FBI in Minot had investigated and put the boy’s injuries down to a car accident,” says Turner.

“The usual role of an FBI agent is not interviewing children or pursuing sexual offenders,” says Turner. “The FBI does terrorism, or bank robberies, but not sexual assaults. Rather than deal with these cases, the agent assigned had determined the injuries were the result of a car accident so they didn’t have to work the case,” says Turner.

“But it was very clear to me the boy had been sexually assaulted,” she says. “I re-opened the case and got it back on track. The perpetrator turned out to be the father. Then I brought this to the attention of our management in Minneapolis. I also told them this was not the only case where children had been sexually assaulted and the cases dismissed as accidents. It was not something they wanted to hear.

“I took my work very seriously. I loved being an agent,” she recalls. “I spoke nationally to other agents about how to handle crimes against children and I thought if I don’t speak up, who will?” says Turner.

In response, the FBI brass moved Turner out of Minot and questioned her mental health.

“It was pretty ugly,” she says. “They questioned my fitness for duty, sent me to Chicago for psychological testing and tried to fire me. But I fought. It was day after day of mortal combat and then came the Tiffany globe incident.”

Post 9-11, agent Turner was working one of the biggest crime scenes in US history. She was assigned to the World Trade Center investigation. One day, Turner noticed a billiard ball-sized crystal globe on her supervisor’s desk.

It was a very expensive Tiffany globe the agent had gathered as a “souvenir” from Ground Zero. Appalled that an agent had removed evidence from the scene of a mass murder, Agent Turner informed her superiors. The revelation was a national embarrassment for the FBI.

No one was impressed and no one came to rescue Jane Turner for telling the truth about FBI souvenir hunters at the World Trade Center.

“People are not very appreciative of people that snitch,” says Turner. “It is probably one of the toughest things you are ever going to do because of this animosity that people feel toward people they consider ‘rats, finks’ and all kind of other nasty names.

“It takes a particular type of person to be a whistleblower,” she adds. “You have no real support, not monetarily or psychologically. But without the canaries in the coal mine, the truth may not get told.”

Jane Turner is closely connected to the National Whistleblowers Center (NWC) and is grateful to its executive director Stephen Kohn. The NWC has become a critically important organization pursuing truth and providing research and support to the cause.

With the help of the NWC, Turner managed to get the FBI to pay her legal fees.

She does some consulting now but testifying in court is out of the question because on cross examination she would be confronted with questions about why she was fired from the FBI.

“The FBI doesn’t forget and it doesn’t forgive,” says Turner. “They’ve destroyed any hope I might have had about working in law enforcement again. The only thing that sustained me was knowing I stayed true to my own moral compass.”
READ MORE ABOUT Whistleblower

Posted by
Amy Jones
on August 3, 2014
I'm in the same boat you're in and hope I don't lose my job. I work for a large Corporate company and currently have an ethical investigation going on. My investigation isn't anything "illegal" per-se however, it could cost me my job in the long run. I hope you've been able to move forward in another career. I would've done the same thing!
Posted by
Linda Yousef
on July 28, 2014
TO: Brenda Craig

Thankyou for doing this article about Jane Turner. These stories need to be told and heard, and I appreciate all of your efforts in that direction.

Posted by
Anne Weber
on July 28, 2014
Whistleblower – What does that mean close up and personal?
It has been my joy and delight to have this amazing and inspiring woman as a part of my adopted family. It is not often that you find authentic people in places of power who not only stand for justice and truth but fight for the ones who have no voice. Jane Turner is not only such a person but a champion who was willing to put her own life on the line for women and children in situations where most people would have crumbled.
She stood for truth and justice and for that she should have been hailed as one of the heroes that fellow Americans and the FBI were incredibly fortunate to be able to call their own. The tragedy is that the FBI did just the opposite and in my opinion, should be begging her to pardon them for their own selfish, inept, unjustified, illegal and harmful actions. You may wonder why I have any right to comment and I would reply that as an American and a person who relies on the FBI to keep my family and country safe, we should all be paying more attention to what is going on in the agencies that have been created to keep us secure.
Personally I can say, that after having the privilege of sitting in the courtroom showing our support and holding her daughter's hand during the trial, I was ashamed and disgusted at her being exposed to the obviously contrived and untruthful defense of the FBI personnel involved. These were supposed to be the individuals that we as American Citizens could trust to keep us safe and instead they were trying to crucify one of their best just to "save face" in light of their own wrongful actions.
I am truly grateful that I know Jane because she is living proof that there are individuals of integrity that still exist in the FBI. We can only hope that those who are in leadership will take this situation is a warning that they are not above the law just because they have power and there is no justification for wrongdoing when entrusted the safety of others. It is time that we the people make it clear to the FBI and others that we declare our support for all the "Jane Turners" and other whistleblowers who choose to do the right thing, every day, every minute, every decision and most importantly when they are faced with such flagrant injustice as she endured no matter the personal cost.
These individuals are pioneers and their courage has paved the way for others who will inevitably follow in the footsteps of their sacrifice. It’s hard to quantify the priceless gift of providing a platform based on truth without fear for those who choose to be honest, ethical and moral in the face of retaliation and immense pressure.
If I had one wish, it would be that the FBI and similar agencies adopt a zero-tolerance policy that had NO EXCEPTIONS regardless of person or position. Maybe then Jane Turner's exceptional morals and integrity would become the norm instead of the exception. Could it be that we would end up with a system that actually rewards integrity and truthfulness instead of trying to suppress it? Only time will tell.
I for one am infinitely richer for having Jane Turner as a part of my life and being able to experience firsthand the powerful effect of truth in action. All I can say is “Thank You”!