Veterans Day Is Nice, but Battles Remain in the Real World for Veterans

As we are not too far beyond Veteran’s Day, the occasion when the nation pauses to honor and to remember those who fought and died for democracy and freedom, it’s useful to also pause and consider the real-world challenges faced by our nation’s veterans. Many of those challenges revolve around veteran benefits. 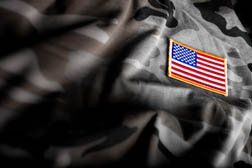 VA benefits are, more often than not, systematically denied from a woefully backlogged system. The real work begins with the appeals process, which for most recipients can be measured in years rather than months. Veterans Affairs (the VA) touts the fact that backlogs are being slowly cleared - however, the advantage is muted by the sheer size of the file. In the face of such delays, veterans are made to suffer from lack of services, lack of support and lack of income.

Some resort to a VA lawsuit, in order to access the VA disability benefits to which they are entitled.

There are other challenges, as outlined by attorney Lisa W. Borden, of the Association of Pro Bono Counsel in an op-ed piece appearing in Law360 (11/19/15). As Veteran’s Day services were observed across the nation on November 11, stark realities are being faced by many of those very veterans and former soldiers to whom Americans were paying tribute.

Borden notes that about 25 percent of the nation’s homeless individuals are veterans.

About 1.4 million veterans are at risk of being homeless, with a further 900,000 veterans in receipt of SNAP (food stamps).

An average of 22 veterans commit suicide every day, including 17 who are not enrolled in US Department of Veterans Affairs health services.

There are other statistics equally as stark that are associated with former soldiers in dire need of disabled veterans benefits but going without. And then there are the traps many veterans fall into, in an attempt to pay the bills.

A growing trend is seeing veterans selling off part of their veterans pensions in exchange for quick cash to pay bills. Many of these veterans have a poor credit history that precludes them from qualifying for a standard bank loan or even a payday loan.

Along come companies such as Future Income Payments, one of about 38 such entities identified by the Government Accountability Office offering lump-sum cash advances in exchange for a portion of pension income each month.

The Washington Post (10/27/15) summarized the story of veteran Keith Moore, a 40-year-old Oklahoman recovering from post-traumatic stress disorder. Suffering from arthritis as well as other injuries, Moore is unable to work and lives off his military pension. However, his pension is about half of what he made while actively employed in the military, and the bills soon began to pile up.

Desperate and continuing to suffer from disabling PTSD, Moore turned to Future Income Payments after seeing an ad on TV. A few days later he had traded a part of his monthly pension in exchange for $5,000 in cash. His cost would be $510 per month in reduced pension income, for five years.

That money would soon run out, as Moore got caught up on his bills but now faced a long-term problem of lower pension payments - $510 a month lower - for five years.

More VA DISABILITY News
The former solider suffering from various aspects of VA disability finally sat down to do the math one day and realized he would be paying back a total of $30,600 in exchange for that $5,000 lump sum. Viewed as a loan, the transaction would have an effective interest rate of 512 percent.

Other veterans have been similarly affected. The Washington Post reported that in August the Consumer Financial Protection Bureau and the state of New York filed a lawsuit against two companies and their owners for misrepresenting their products as a sale and not a loan, and for failure to properly disclose all fees and interest rates.

In the meantime, veterans continue to be challenged on many fronts - denied VA benefits, a backlogged veteran affairs department, and those who prey on desperate veterans who often make unwise financial decisions due to PTSD and other aftereffects of service to their country.

For them, the pomp and circumstance of Veterans Day rings a bit hollow…

Posted by
Patricia Banks
on November 29, 2015
I've now had a lot of help from Congressional Representatives to straighten out my husband's death that was from service duties.
It's been almost 16 years since he died due to no tracking at the time that would've monitored his health and prevented illnesses.
Now I'll be able to have him brought to a Military Cemetery for a respectable burial, and help other people who've been exposed to toxic elements they aren't aware of could erupt after latency time.
Keep pursuing what you can obtain from every health source VA officials have made available! We're looking forward to improving optimism for these people as having 7 service members- 5 of who had died or incurred job duty diseases from their exposure to the chemicals in and around USA Bases either here or abroad in other countries. BankableBodies.com(tm)

Click to learn more about LawyersandSettlements.com
LawyersandSettlements.com - A trusted, independent legal news provider bringing quality news and information on all legal cases and lawsuits filed in United States of America to its readers since 2002. Over 250,000 legal help requests including Personal Injury Cases, Insurance Cases, and Malpractice Cases have been forwarded to lawyers all across to the country.